Kumchacha descends on Afia Schwarzenegger's family; claims she is cursed 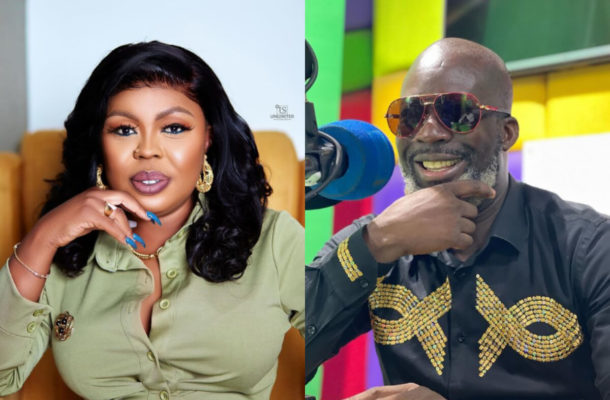 In a video shared on blogger, Adwoa Tutugyagu’s page on Instagram, the preacher angrily stated that Afia Schwarzenegger carries with her a curse that has ruined so many things for her because of her character.

“Things you don't know about because of her curse could affect you and ruin your name. As she walks around she isn't okay,” the preacher claims.

Over the years, the mother of three has fought many in the entertainment industry alongside some politicians.

Her kinds of battle were not short of curses, visiting shrines and calling on the names of rivers, lakes and seas to place curses on some of the individuals she has fought with.

Quite recently, she disclosed on the United Showbiz Show aired on July 9, 2022, that she went to the famous Nogokpo shrine to curse someone she refused to identify.

In the video shared on the official platform of the United Television page on Instagram, the comedienne recalled the steps she endured to place a curse on the unidentified person.

“I went to Nogokpo to curse someone. The man in front of me [referring to a video she recorded] is a King in Kliko. Kliko is a god in Agbozome so that's where I went to place my first curse and when I finished, I told him to take me to Nogokpo.

“When you get to Nokopko, you tell them your problem and when you are done, you place a curse using money. To tell them the reason you are there, you pay 10 cedis,” she explained in the Twi language.