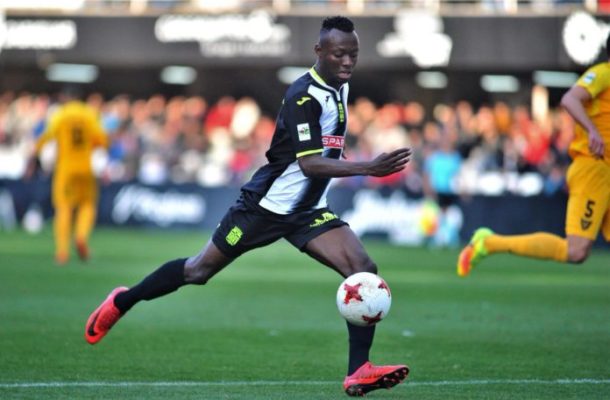 Ghanaian international Kwabena Owusu has returned to CD Leganes following the expiration of his loan deal at Spanish third-tier side Cartagena.

The fast pace winger joined the lower-tier side prior to the start of the 2017/2018 season and established himself as a key member of the squad.

“I have returned to CD Leganes after my last game at Cartgena,” Owusu told Ghanacrusader.com. “It is sad we couldn’t qualify to Segunda B but that is football for you.”

“I am a Leganes player and they will take a decision on me with respect to my next club. For now the season is over. I will return to Ghana for some short holidays and return back to Spain for preseason with Leganes,” he added.