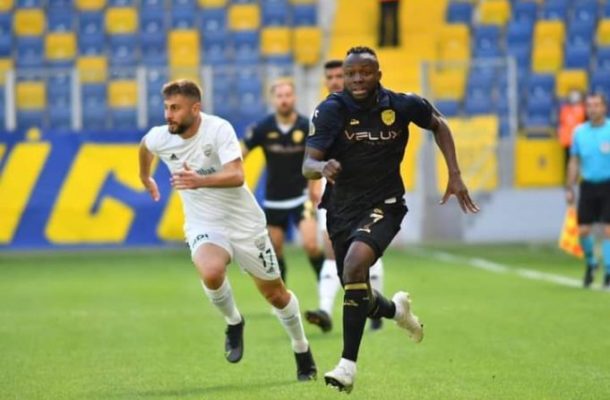 Ghanaian striker Kwabena Owusu was on target for his lower tier Turkish side MKE Ankaragucu as they easily brushed aside the challenge of Somaspor in the Turkish League Cup third round game on Tuesday.

The home side started the match on a good note and it did not take long as their dominance produced a goal with Kwabena Owusu the goal scorer.

Owusu opened the scores of the game in the 13th minute to give his side a 1-0 lead in a game which the home side were on top for long spells.

As hard as the home side pressed they were unable to score the second goal of the game as the first half ended 1-0 in favour of Ankaragucu.

After recess, Ankaragucu added the second goal of the match in the 54th minute through Nadir Ciftci.

Kwabena Owus scored his third goal of the season for Ankaragucu in 5 appearances in all competitions.

Ankaracugu have advanced to the round 32 of the Turkish Cup.