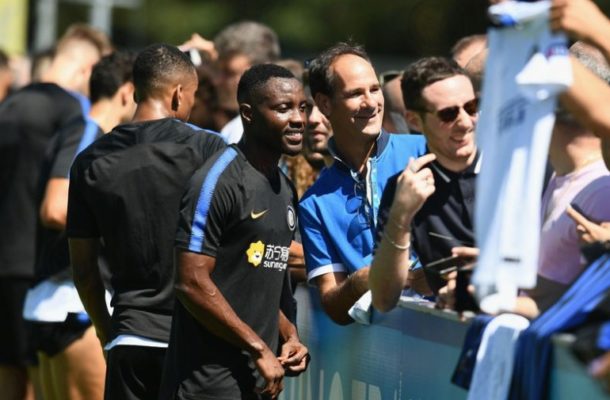 The 29-year-old was greeted with cheers by supporters of the club after a training session.

Asamoah took photographs with the fans and also signed his autographs.

He joined the Nerrazzuri on a three-year deal as a free agent from Juventus last month.