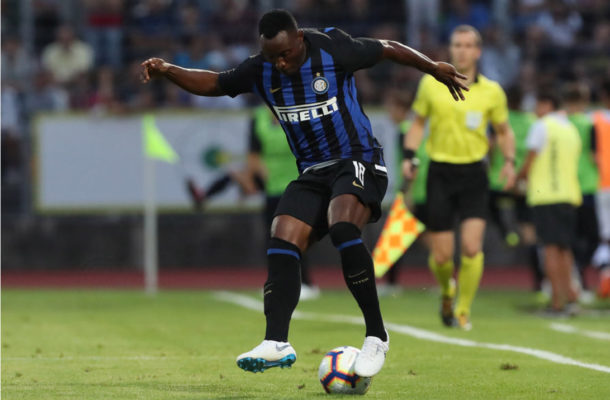 Kwadwo Asamoah made his debut as Inter Milan beat Lugano 3-0 at the Stadio Comunale di Cornaredo on Saturday in the 110 Summers Cup.

The Ghanaian international made his bow in the 46th minute after coming on to replace Dalbert.

Asamoah joined Inter on a free transfer after ending his six-year stay at Serie A champions Juventus.

The 29-year-old penned a three-year deal with the San Siro outfit and was presented at the Suning Training Centre last week.

Lautaro Martinez first half strike and a brace by Yann Karamoh sealed victory for the Nerazzurri in their first pre-season outing.

Inter manager Luciano Spalletti picked the positives from the friendly win in his post match presser;

“I saw some tough tackling out there, immediately testing our strength and character. We passed the ball around well at certain points, with pace. The important thing was to show the work that we’ve been putting in. This is a very delicate moment in terms of our work”