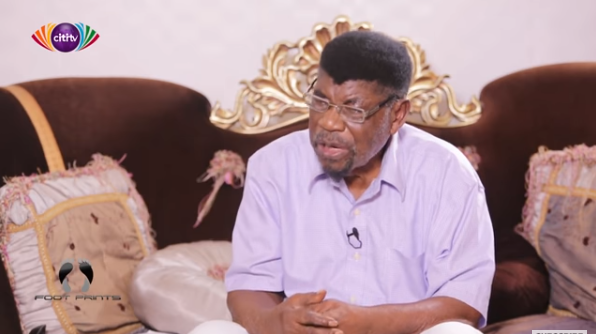 Ato Quarsgie was a politician in Gold Coast

Contrary to what has long been communicated to Ghanaians that Dr. Kwame Nkrumah was studying for a PhD in oversees, it has emerged that Ghana's first President was actually hustling in the United States of America (USA).

According to a Gold Coast Politician Joshua Attoh Quarshie, the narrative that Kwame Nkrumah was studying in the States was untrue but rather he was someone who used to pump toilet in the States before he could get his daily bread.

“Nkrumah used to pump the toilet before he can get his daily bread…he never studied anything…socialists put all these on Nkrumah…what is study?” he quizzed.

Mr Attoh Quarshie said that when the Osagyefo appeared before the Watson Commission, he was asked whether he was a PhD holder to earn the title “Dr”; he (Nkrumah) answered no.

“When they called him ‘Dr Nkrumah’, he appeared before Watson Commission and he was asked ‘Are you a doctor…?’ and he said no. He [was] trying to write his thesis for Theology,” he said on Citi TV's Footprint.

When asked that truly Nkrumah never studied in a university in the United States, Mr Attoh Quarshie reiterated that there are crooks who buy some of these degrees from the universities.

He added that Kwame Nkrumah’s master was Ako Adjei so it was he (Ako Adjei) who recommended Nkrumah to Dr JB Danquah and other members of the United Gold Coast Convention (UGCC) to be their General Secretary.

“Ako Adjei was Nkrumah’s master because Nkrumah had no family to send him money while in the United States for any study but Ako Adjei used to receive money from the Gold Coast…so Nkrumah was following Ako Adjei,” he said.

Mr Attoh Quarshie noted that the socialists have been covering the truth because there was a lot of evidence which was never made public.

He stated further that in R. A. Hammond’s letter to Nkrumah, he accused him (Dr Kwame Nkrumah) of being a tribalistic leader who isolated the Ga and tried to create a community that deprived the Ga of their part of the national cake.

Kofi Adomako 1 year ago
You are foolish man