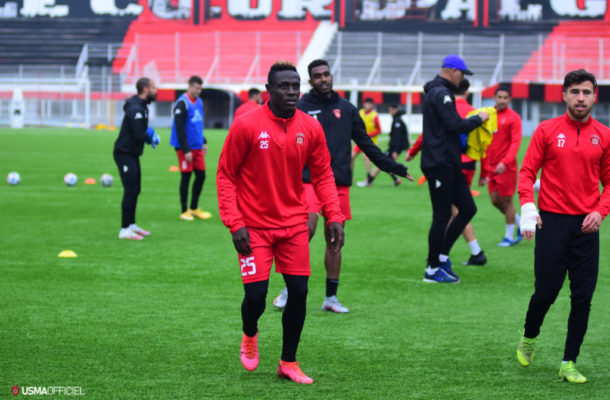 Kwame Opoku showed his new team glimpses of what he could do with the ball by scoring a goal in a training match played on Saturday, 17th April 2021.

The new USM Algers striker played for the B side who eventually lost the training match 4-3.

Kwame Opoku joined the Algerian giants from Kumasi Asante Kotoko signing a four and half year contract with the North African side.

Boumechra opened the scoring for the Team B side before the Ghanaian striker added the second goal.

Goals by the team A were scored by Benchaa before Naidji and Belem also added two more goals.

The Ghanaian was unveiled last week to the club's supporters and the media.