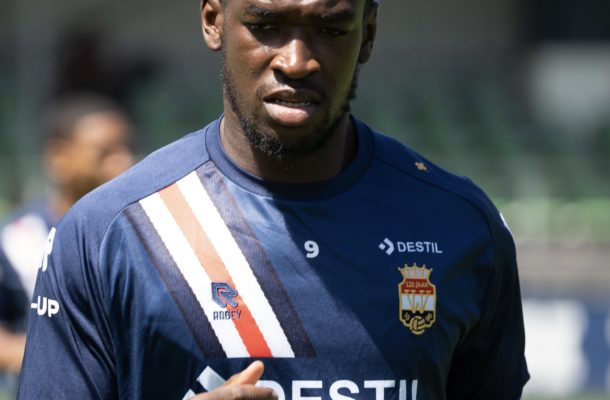 Ghanaian striker Kwasi Okyere Wreidt was on target for his high flying Dutch Eredivisie side Willem II in the match against RKC Waalwijk.

Willem II defeated RKC Waalwijk 2-1 in their league game on Tuesday evening at the Mandemakers Stadion.

There was nothing to separate both sides heading into the half time break as both teams cancelled each other out and ended the half time 0-0.

Seven minutes after the restart usual suspect Kwasi Okyere Wreidt opened the scores for the away side Willem II to make it 1-0.

Willem II turned the screw and in the 60th minute added the second goal through Mats Kohlert to make it 2-0.

Deep into stoppage time the home side scored a consolation goal through Melle Meulensteen to make it 2-1.

The former Bayern Munich striker has now scored three goals while proving one assists in 6 matches for his side in the Dutch Eredivisie this campaign.