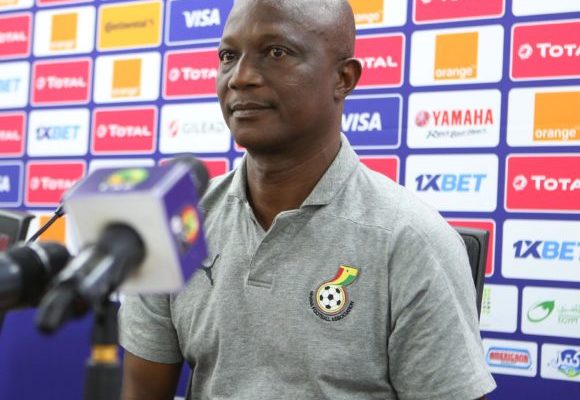 Black Stars coach, James Kwasi Appiah, is expected to remain in charge of the senior national team despite Ghana's second round exit from the ongoing Africa Cup of Nations (AFCON) in Egypt.

According to Graphic Sports investigations, Coach Appiah still has a running contract which will expire in December.

This follows the recent extension of his contract by the Normalisation Committee of the Ghana Football Association prior to the AFCON.

Originally, the two-year contract handed to the Stars coach by the Kwesi Nyantakyi administration two years ago was supposed to expire at the end of 2019 AFCON. However, the shifting of the tournament from January- February to June-July by CAF necessitated a contract extension to enable Coach Appiah to lead the Stars to Egypt.

While many Ghanaians thought the coach's contract would end with the AFCON, it is now obvious that the former Ghanaian international will keep his job, at least, for the next six months.

The source that revealed this to Graphic Sports in an exclusive interview last Saturday indicated that any decision by the government to abrogate the contract now would not be prudent due to the cost involved.

The source, however, said that contrary to agitations by some Ghanaians for the coach's removal, any such decision might also not be fair to the coach since the Stars did not perform badly in Egypt.

It said though the team could not win the trophy as expected, they performed creditably against some formidable opposition.

According to the source, the Stars were held to a 2-2 draw by Benin who made it to the quarter-finals, drew goalless with defending champions Cameroun and beat Guinea-Bissau to top their group.

The source said in the second round match against Tunisia, the Ghanaians fought gallantly from a goal down and went on to dominate the extra time and could even have won the game but for hard luck.

The source said it would, therefore, be unfair for the coach to be given the sack simply because the Stars lost on penalties to Tunisia since penalties were a lottery which could go to either side.

The source disclosed further that for now, the head of the Stars technical team and the other major actors in Ghana's campaign had been asked to submit their reports to enable the GFA to ascertain what actually went wrong.

That, it explained, would go a long way to determine the next line of action to be taken by the GFA in the coming days.