Leadership has more to it than only Politics 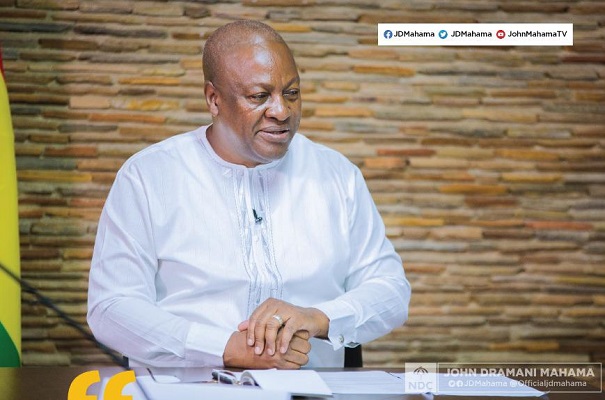 LEADERSHIP HAS MORE TO IT THAN ONLY POLITICS

The Caucus for Democratic Governance, Ghana (GH-Gh), on the basis of its research and information gathered from biographies of leaders, has come to the common conclusion, that politics is not leadership. It has often been said, that the lack of visible economic changes in Africa is a leadership problem. This implies that Africa has politicians with little or no leadership traits.

QUALITIES OF LEADERSHIP
The most important qualities of Leadership are Integrity, accountability, probity humility, vision, empathy, communication, influence, resilience, positivity, and confidence. Looking through the background history of former President J.J. Rawlings, some of his most frequently applied working principles are integrity probity and accountability. These principles and many other have been embedded in the working principles of NDC leadership.

HUMBLE VISIONARY
Personalities like former President John Dramani Mahama, and former President Kufuor have excellent leadership skills. They are visionaries who are also humble. Former President Mahama has a strong set of leadership traits as inborn tendencies. He is an excellent communicator and empathic. Such people are honest, they live by their core values and lead by example. These principles impact positively in governance. They are highly open minded to understand the people`s motivation, hopes, dreams and problems, and so find genuine solution for them. Such leadership traits enable high quality governance. They introduce symbiotic relationship between the people and Government and induce accountable, honest, and effective governance.

POLITICIANS AS LEADERS
On the other side, is a political President without leadership traits. The absence of leadership qualities provokes in him insecurity. To compensate for his deficiency, he uses the police force and other security agencies as his weapon to suppress the people. He also surrounds himself with relatives and friends and clan members, who are ever ready to bend the laws and rules to protect his inefficiencies and incompetence. He visibly puts square pegs in round holes in top positions, who would at all times swear allegiance more to him than to the State. By such acts of incompetence, he is able to control the Judiciary, the Security Forces, the EC, the Media and Parliament with its majority. The people are suppressed and reduced to objects in governance. As a result, they decide to change the government. There ia confrontation. To resist the change the government decides to disenfranchise voters to rig elections.

CONCLUSION
In conclusion, I would urge Africans to help Africa to succeed by voting leadership instead of politicians as Presidents, to save our continent and its people from brutal governments. In Ghana, the Ayawaso by-election police and security swoop, the killing of the Takoradi school girls and many others, the killing and suppression of journalist, the police action against the law students demonstrating for a redress of their problems, the galamsay rot, the massive corruption, the unfulfilled promises, the so called banking reform, leading to massive job losses, the badly managed Covid-19 pandemic. All these are indices of absence of leadership. Ghana needs badly leadership qualities in its political dispensation.