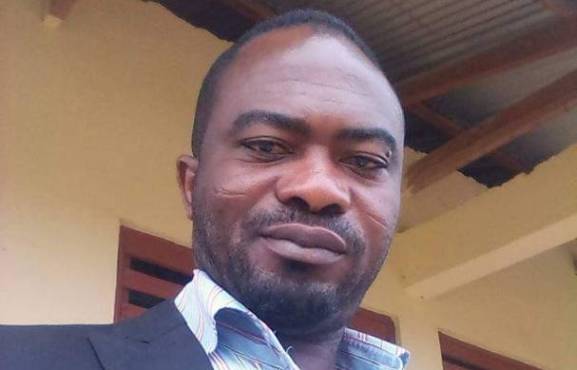 Robert Sepey expressed remorse when the GES delegation met him

The headmaster of Breman Eduman D/A Basic School in the Asikuma-Odoben-Brakwa District of the Central Region, Robert Sepey, who is seen in a sex video with a former student, has been relieved of his post.

He has also been directed to meet a two-man disciplinary committee “for the appropriate disciplinary actions”.

The decision was taken by the Ghana Education Service (GES) after separate meetings with the lady in question, Priscilla Tettey, a final year student of Odoben Senior High School, the headteacher and residents of Eduman.

The delegation of GES was led by the District Director of Education, Isaac Godwin Kwasi Acquah-Arhin.

It emerged from the meetings that the two agreed to record the act so they could view later.

However, a brother of the lady’s found it on her memory chip after he took her phone to transfer some songs.

“Other friends of her brother also saw the video and they decided to spread it because they had proposed love to her and she refused,” an update from the Service on Tuesday explained.

The community has turned anger on the one who spread the video, confiding in the education director that they have no problems with teachers of Eduman D/A Basic School nor the headmaster.