Leaked Sir John’s Will: What did it solve? - Dr. Lawrence writes: 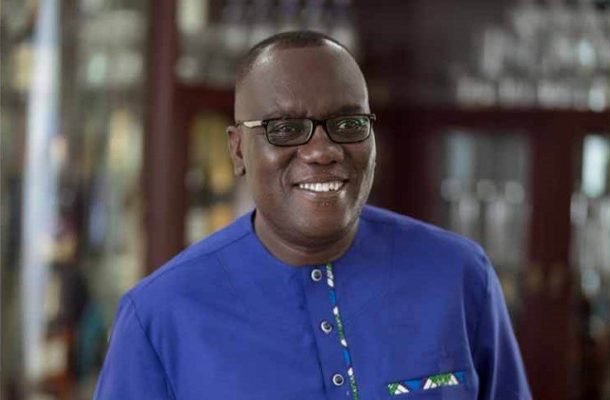 There are some people in Ghana, who think they are smarter than everybody. They deliberately bring bad policy not to benefit Ghanaians and when it backfires, they throw in anything to divert attention and then kill the debate on their bad policy.

One morning we woke up to a new Executive Instrument (EI) 144, declaring that the Achimota Forest we have known for ages was no longer to be known as a Forest Reserve. This meant the Forest could be sold to individuals, who can develop the place for anything but a Forest.

The government knew very well that it was a very bad EI, so they immediately drew in the Green Ghana nonsense.

The Green Ghana thing didn’t catch fire so they had to do the unthinkable. The unthinkable was to leak the Will of a dead man into the public domain.

This dead government leaked the Will of Sir John to the social media and they succeeded. As soon as the Will was leaked and people saw that, Sir John, who had accused the members of the John Mahama’s government as thieves, was actually the real thief.

He acquired over 200 lands, houses, cars and other properties and Willed them to his family forever. All those properties were acquired between 2017 and 2020. (3 years).

As was the reason for leaking Sir John’s Will, the media jumped unto it and completely forgot about EI 144, which was the main damage and poison to Ghana.

For more than two months, Ghanaians discussed the Will of Sir John, while per EI 144, other people were selling the Achimota Forest and making profits.

By the way, wasn’t Sir John’s Will an indictment on Nana Addo’s government? Was it not Nana Addo who in 2015/16, told us that members of his party should go to the private sector if they want to make money, because he will not allow anyone to make money in his government? So how come Sir John made all those wealth in his government and he didn’t know about it, until his Will was leaked to cover-up for EI 144?
Now only under Nana Addo, a Special Prosecutor has frozen the Will of a dead man. If we say under Nana Addo, Ghana is cursed, people insult us. Where has this happened before?

Maybe, the talk about Sir John’s Will is over but what did it solve? The EI 144 is still in effect and before December 2024, most of Achimota Forest would have gone to those who leaked Sir John’s Will.

What we have now are some caricatures parading themselves as members of government.

Let’s bring back the debate on EI 144 and ensure that it is withdrawn. Simple.

Dr. Lawrence is the Founder of the Diaspora Progressive Movement in USA.