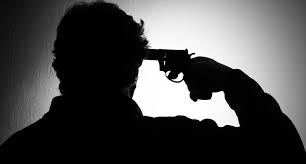 After leaving a lengthy suicide note in Arabic that he was tired of living on this earth, a 62-year-old Lebanese man has reportedly committed suicide by shooting himself.

Ahmed Chaaban, reportedly shot himself with a single barrel gun at his Taifa Burkina residence, near Kwabenya in Accra.

Sources said until his death, the suspect was acting strangely in the vicinity, adding that he allegedly committed the act on Friday afternoon in his room.

ASP Effia Tenge, Accra Regional Police Public Relations Officer (PRO) who confirmed the issue to DAILY GUIDE, said the report was made to the Kwabenya police at about 4pm last Friday by one Mohammed Arnaout, a younger brother of the deceased who resides at Tesano.

When police proceeded to the scene, 62-year-old Ahmed Achaaban, who lived alone in his self-contained apartment, was lying in a pool of blood dead on his bed, according to the PRO.

He was discovered with his legs hanging beside the bed.

A close examination of the body revealed a bullet hole beneath the chin through to the throat to the left side of the head.

She said the single barrel gun allegedly used in committing the act was inclined between the legs and a suicide note beside him.

The suicide note, according to ASP Tenge, was written in Arabic and efforts were being made to get a translator to translate it to the police.

She said personnel from the crime scene and the homicide units conveyed the body to the Police Hospital morgue for preservation while investigations continued.