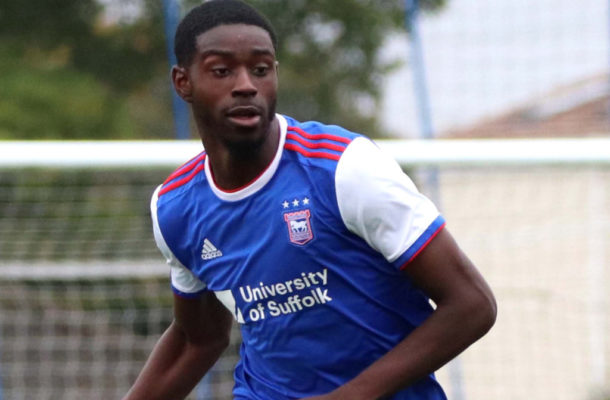 Levi Andoh signed for Ipswich Town on an 18-month deal at the start of 2020. Picture: ROSS HALLS

English League One side Ipswich Town is in talkes with Dutch born Ghanaian defender Levi Leslie Andoh over a contract extension.

The defender signed an 18-month-deal at Portman Road on 1 January 2020 and has just featured for them in Just one game.

But with the contract of the 21-year-old central defender due to expires on June 30, 2021 the League 1 side are bent on keeping him.

Andoh has been very efficient at the back for the Ipswich Town under 23 side and has also been able to make one appearance for the senior side which was in the EFL Cup.

Born to Ghanaian parents in Amsterdam, Andoh moved to England at the age of six and has played for clubs including Aston Villa and Wolves.

He is yet to be capped by Ghana, Netherlands or England at any level.