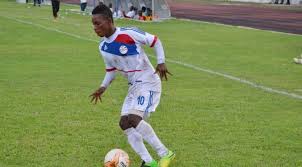 Liberty Professionals are demanding $200,000 from Accra Hearts of Oak before they begin negotiation for the transfer of their wonder kid Latif Blessing.

But the amount appears too outrageous for the Phobians, and according to a board member of Hearts of Oak, Dr Nyaho Nyaho-Tamakloe, that posture is inimical to the development of the game in the country.

Speaking exclusively to the Graphic Sports yesterday via phone, the ex-Hearts of Oak chairman was disappointed Liberty Professionals would be quoting such high price for the player when they were yet to factor the player’s demands.

“The club (Liberty) is demanding $200,000 before we speak to the player and this is different from what the player and his manager would take after the negotiation”, he stated.

He said Liberty had expressed their preparedness to offload their key player to any team that can meet the demand with foreign clubs being their main target.

Dr Tamakloe said the only way the local league could improve was to ensure most of the good players were retrained but if such outrageous prices were being quoted, it cuts the local clubs out of the competition; it stifles it from quality players.

He said a similar amount was being squeezed out of Hearts by Bechem United before they negotiate with Hamza Mohammed and that was going to be dangerous for the local league.