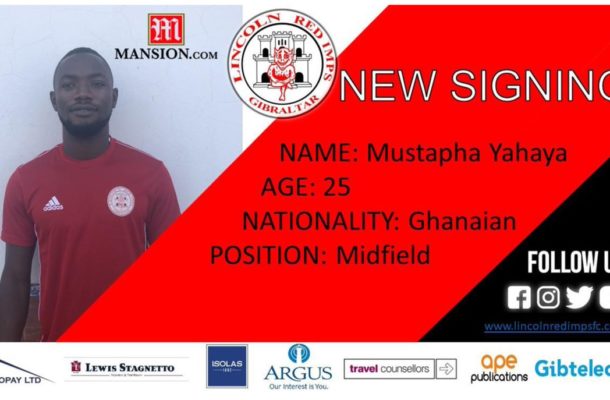 The 25 year old is set to boost the fortunes of the club after joining from Europa FC.

Mustapha, who took the Gibraltar league by storm coming first from FC Twente was among one of the key players in Europa’s recent success.

Lincoln Red Imps Football Club is based in Gibraltar. They play in the Gibraltar National League.

They are the country's record champion with 23 league titles, including fourteen consecutive titles between 2003 and 2016, and in 2014 , they were the first team to represent Gibraltar in the UEFA Champions League.