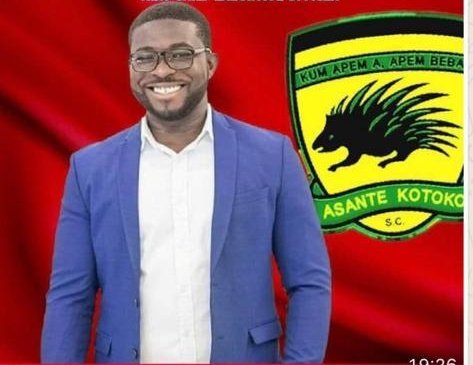 Nana Yaw Amponsah has been the Asante Kotoko Chief Executive Officer (CEO) for nearly a season now but says his most painful experience was Kotoko's recent 2-1 defeat to Medeama SC last Saturday.
He says he has never be pained by anything incident since joining the club than that come from behind defeat to Medeama.

Asante Kotoko took the lead through a goal from Emmanuel Gyamfi but a left footed strike from Medeama striker Prince Opoku Agyemang leveled the scores before a belter from Richard Boadu gave Medeama all three points.

Speaking in an interview with Opemsour FM, the Kotoko CEO says the Medeama defeat was too difficult to take.

He says since taking the Kotoko job last year, his most painful experience is the Medeama defeat which Kotoko took the lead but lost.

"Since joining Asante Kotoko, my painful moment is losing to Medeama SC in Obuasi," he said.

The Porcupine Warriors are 2nd on the standings with 35 points after 21 games.