Mahama cause of Ghana’s mess - Hamid 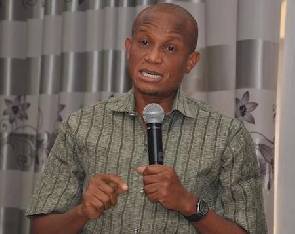 President John Mahama’s supposed experience in office is the cause of the country’s mess, Mustapha Hamid, spokesperson of the flag bearer of the New Patriotic Party (NPP), Nana Akufo-Addo, has stated.

“His experience is what has put Ghana in a mess with high inflation rate, high food prices, low agricultural output, low productivity, high interest rates, and so on. All the economic indicators handed over to him have declined and today we are worse off,” he stated.

Mr Hamid’s comments are a direct response to the president, who referred to Nana Akufo-Addo as a divisive personality who should quit pleading to be elected president since the presidency is not for experimenters but for people with experience.

Mr Mahama, while addressing National Democratic Congress (NDC) supporters in the Northern Region, had said: “...It is a very dangerous experiment. Ghana is not at the stage where we are experimenting leadership, and so you cannot come and beg that we should try you. We are not in the era of experiments and trials; we are in the era of what is sure. We have seen this government; one of the major successes of this government is peace and stability,” Mr Mahama said.

But Mr Hamid refuted talk by the president and others of divisions within the NPP, pointing out that Nana Akufo-Addo became flag bearer with 96 per cent of votes at the primaries, which signifies a huge support from members of the party.

“The people who contested against him are the leading members of his campaign. People like Alan Kyerematen, Addai Nimo are all part of the platform,” he explained in an interview with Naa Dedei Tettey on 12Live on Class91.3FM.

For him, the NDC was only hinging its campaign on the “noises” within the NPP.