Mahama not acting like a ‘President for all’ – Akomfrah 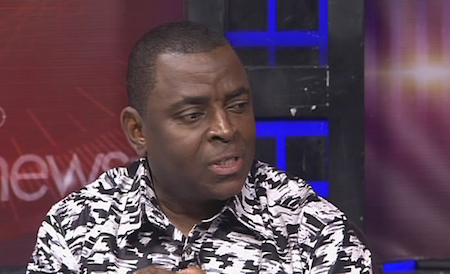 The suspended General Secretary of the Convention People’s Party (CPP), Nii Armah Akomfrah, has accused the president of bias following his handling of the three Montie contemnors.

According to him, the presidential pardon granted the jailed host and panelists of Montie FM, believed to be a pro-government radio station, proved that the president is not governing the country in the interest of everyone and is publicly favouring allies of his government.

Alistair Nelson, Godwin Ako Gunn and Salifu Maase, alias Mugabe, had been sentenced to serve four months in jail and paid a fine of Ghc10,000 each. Several Ministers of State and members of President Mahama’s own party, the NDC, had backed appeals for a pardon for the three and two separate petitions had been presented to him.

Some members of the NDC had also threatened not to vote for the party in the elections unless the trio are released. Many have suggested that the President caved in to the pressure from his party members by pardoning the contemnors, one month into their four-month sentence.

A statement from Akomfrah said that, the decision to grant the pardon was a signal from President Mahama that “NDC convicts, should be treated differently to other convicts!” “Yet another signal this sends is that these persons are more deserving than any other prisoners in our land – Does the goat “stealer ” who is serving 10 years with hard Labour not also deserve clemency on compassionate grounds because they also have children or families or friends ? For many this act reveals the President as not demonstrating that he is President for all Ghanaians.

In yet another Conflict of Interest issue he has allowed his Party interest to be served against the National Interest.”

Although Nii Armah accepts that the President has the power to overturn the Judiciary’s decision and the general importance of pardons, he states that the current situation did not merit one.

“Article 72 of our Constitution does indeed grant the President of the Republic powers which in Consultation with the Council of State he can exercise to pardon or grant clemency for convictions or to commute or mitigate a sentence . President John Mahama has opted for the latter. This assumes that the Montie 3 thus remain convicts,” the statement said.

Under which of these strict guiding norms can President Mahama tell us his pardon falls? Particularly, given our political history which involves the brutal murder of Judges – the NDC traces its roots directly to persons implicated in this particular brutal act.

This commutation of sentences of persons who have directly threatened to rape and murder judges sends the wrong signal to the nation from a President who in the same message appeals for easing of tensions in the country.”

A statement released on Monday and signed by the Minister of Communications, Dr. Edward Omane Boamah, indicated that the President had taken the decision to pardon the three on ‘compassionate grounds’ given the remorse they had demonstrated.

“The decision of His Excellency the President to remit their sentences on compassionate grounds follows a petition submitted to him by the contemnors appealing to the President to exercise his prerogative of mercy even as they continue to express deep remorse and regret for the unacceptable statements they made against the Judiciary,” the statement said.

The trio had expressed their regret for the comments they made and called on the President to bear in mind the embarrassment their conduct and incarceration had caused their loved ones.