Mahama should stop the farcical comedies; Akufo-Addo won the 2020 Polls 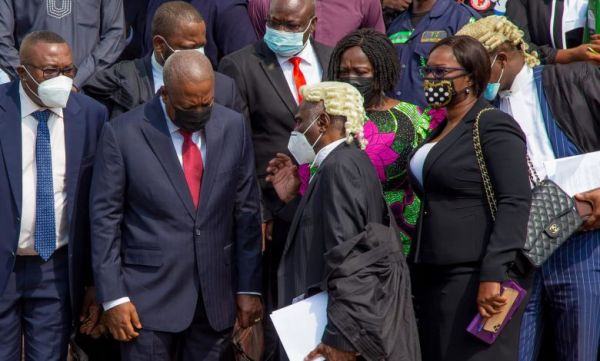 I have perused part of the closing address filed by lawyers for the petitioner, Mr. John Dramani Mahama, in which they make the point that they have proven beyond every reasonable doubt that no candidate won the December 7 presidential polls.

It is not as though the Supreme Court held the proceedings behind closed doors for which reason the general public might have been plunged into some darkness and not getting to apprise ourselves of events which panned in court. The proceedings have been telecasted for all to watch and analyze.

It is difficult to align oneself with this wild claim being made by the lawyers of the petitioner when they failed to prove the very assertion they are making with respect to whether any of the candidates crossed the 50%+1 threshold or not.

Johnson Asiedu Nketiah, the star witness for the petitioner, was beside himself with ignominious and unpropitious epithets and dirges when he was specifically asked to submit documents or evidence to back the claim that no one won the presidential elections.

He graciously conceded that the petitioner brought no such evidence to court and that they were at home. This evidence never found itself in the hands of the bench.

More importantly, when counsel for the First Respondent cross-examined Asiedu Nketiah, he let him calculate the very figures the petitioner says are in contention and the results did not come out to support the petitioner but rather the respondents.

Michael Kpessa-Whyte(PhD) and Rojo Mettle-Nunoo came to add practically nothing in terms of facts and figures to support this wild claim of Mr. Mahama.

With these glaring facts, it becomes highly perplexing for the lawyers of the petitioner to still capture in their closing address that they showed that none of the presidential candidates won the 2020 elections, and, therefore, there should be a re-run! The facts, as relayed in court, do not support this conclusion reached by the petitioner’s lawyers.