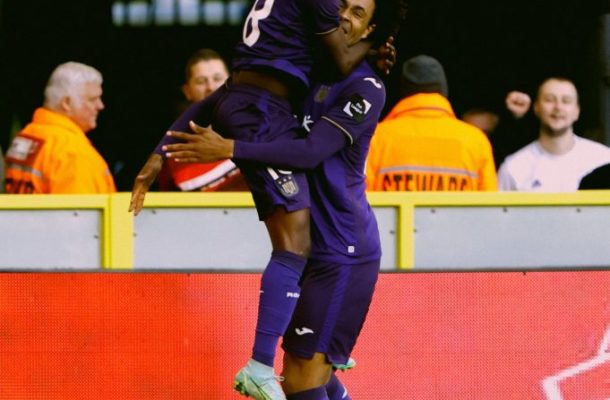 Black Stars midfielder Majeed Ashimeru grabbed his first goal for his Belgian club RSC Anderlecht on Sunday in their win over Beerschot VA.

It is the first goal for the Ghanaian midfielder since he joined the Belgium giants from Red Bull Salzburg in the summer on a permanent basis after a temporary switch.

The goal was the icing on the cake for Anderlecht in a game they were leading 3-1 prior to his goal which came with 22 minutes to end the game.

Ashimeru played a one two with former Bayern Munich forward Joshua Zirkzee before curling home a shot into the far corner of the goal.

He has been a key figure for coach Vincent Kompany at Andrlecht this season having made 12 appearances for the team this season.

The win has taken Anderlecht to 4th on the Belgium Jupiler Pro League table on 20 points trailing league leaders Union SG by 5 points.