Majeed Waris looks ahead after collapsed move to Alaves 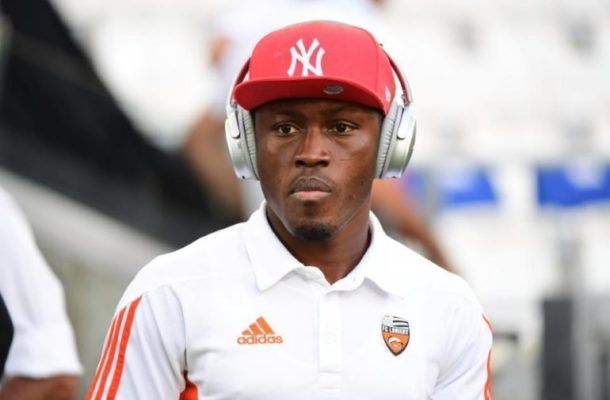 Ghana international Majeed Waris is 'looking ahead' following the dramatic collapse of his move to Spanish club Alaves, according to the striker's agent.
The Black Star, 27, completed a medical at Vitoria-Gasteiz before Alaves pulled out of a deal in the closing minutes of the European summer transfer window.

"To be honest Majeed [Waris] is already looking ahead after this disappointing and unprofessional episode in Spain," Chibsah told BBC Sport.

"He had three other options in France but after undergoing medicals and everything was agreed between both clubs, Alaves pulled out.

"They came out to apologise to us but it was already too late. This is purely unprofessional and Alaves could've done things in a better way."

FC Porto have already registered Waris, who has previously played in Sweden, Russia, France and Turkey, for the 2019/20 Portuguese season.

But former Ghana midfielder Chibsah has not ruled out a move in the future.

"What is important is to turn the page and concentrate on his training because these things happen," said Chibsah.

"Transfers happen all the time and anything is still possible in football, but I believe this experience will only make him stronger."

Top scorer in Sweden in the 2012 season after scoring 23 goals for BK Hacken, Waris produced 33 goals in a combined 88 appearances for French clubs Valenciennes and Lorient, before moving to Portugal in 2017.

He only managed eight games for Portuguese giants FC Porto before returning to France with Nantes on loan last season,scoring seven goals and producing six assists in 38 games.

Despite an international career blighted by injury, Waris has won 32 caps for Ghana and has four goals.