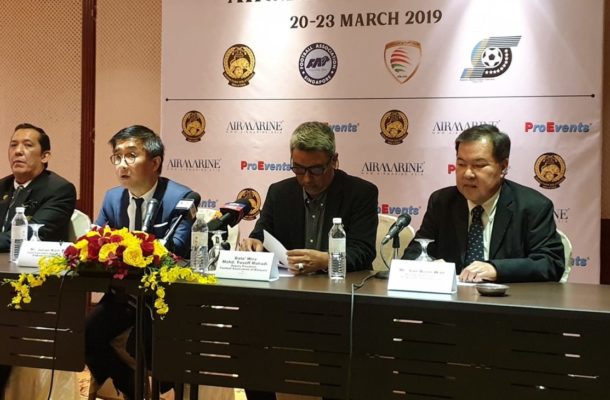 Kuala Lumpur: The Harimau Malaya will host the inaugural AIRMARINE 2019 Cup following its launch in the Malaysian capital on Monday.


Tan Cheng Hoe’s charges, who were edged 3-2 on aggregate by Vietnam in the 2018 AFF Cup final in December, will have Singapore, Solomon Islands and Oman, who reached the AFC Asian Cup UAE 2019 Round of 16, for company in the four-nation International championship.

A draw will be held next week to determine the seedings. The semi-finals will be held on March 20, while the final and third-place play-off on March 23 at the National Stadium in Bukit Jalil.

The three Asian teams will use the tournament to prepare for 2022 FIFA World Cup Qualifiers later this year.Source: the-afc.com