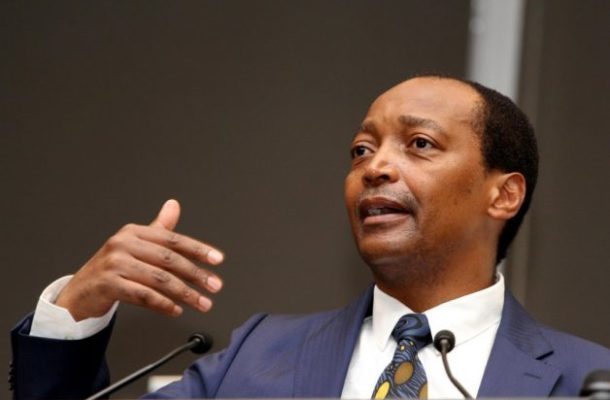 Billionaire owner and President of Mamelodi Sundowns Patrice Motsepe has has thrown his hat in the ring for the CAF Presidential race.

The billionaire who has made the bulk of his riches from mining has got the backing of the Southern and Eastern African sub-regional block to contest.

According to Citypress, the Mamelodi Sundowns owner will battle it out with incumbent Ahmad Ahmad and Ivorian Jack Anouma for the CAF hot seat.

Safa is believed to be among the Cosafa affiliates that are rooting for Motsepe to run for African football’s top seat.

Nominations close on Thursday, with the presidential election pencilled in for March 12 in Rabat, Morocco.

“Four countries from Cosafa have already sent letters of support for Patrice’s candidacy,” said one source.

When contacted yesterday, Safa chief executive Tebogo Motlanthe confirmed that the association had been considering all the CAF posts and decided to nominate Motsepe for president.

“We will call a press conference in the next few days to give the rationale behind our move. But we are excited about this nomination,” said Motlanthe.

West and eastern Africa have also assured Motsepe of their backing, according to another source.

“We know of other countries from west and eastern Africa which have already said they will back him. It will be good for the country to have Patrice at the helm of African football. His track record speaks volumes and he might change the image of CAF.”

Further speculation is that Democratic Republic of Congo tycoon and TP Mazembe owner Moïse Katumbi and Nigerian billionaire Aliko Dangote are also considered by some as potential candidates to lead CAF.

However, Katumbi’s involvement in politics could work against him, while Dangote’s link to football was his failed bid to buy a stake in English Premiership club Arsenal a few years ago.

Motsepe, on the other hand, said our source, is seen as an ideal candidate because he is a global name and his contribution to the development of football is apparent.

“CAF needs a principled leader and someone like Motsepe can do a better job because he already enjoys good relations with the Fifa and CAF hierarchy,” said our source.

“Motsepe’s influence in African football through Sundowns speaks volumes. He has transformed the club into a powerhouse on the continent and the club recently exported coach Pitso Mosimane to Africa’s biggest club, Al Ahly. Motsepe has also invested heavily in the development of football through the ABC Motsepe League,” the informant added.

Incumbent CAF president Ahmad Ahmad of Madagascar recently confirmed that he would run for a second term. There are already claims that he has the support of 46 presidents of the continent’s 54 member associations. However, he will have to pass the CAF integrity test as he has allegations of corruption hovering over his head and has been the subject of an investigation by the Fifa Ethics Committee.

Candidates need endorsement from their own countries to contest the election and two more from different football federations, which can only endorse one candidate, according to the rules.