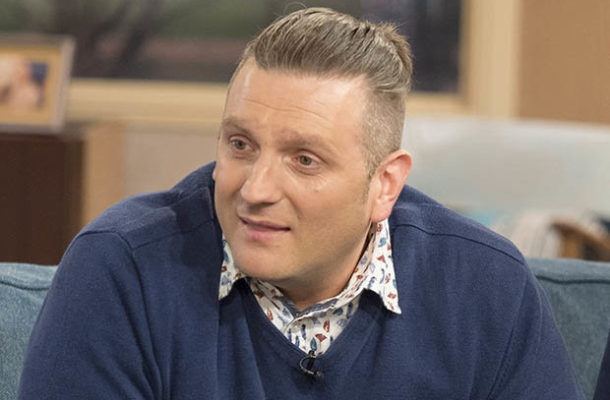 RARE CONDITION: Andrew Wardle was born without a penis

A British man who was born without a penis is finally set to lose his virginity after being fitted with a bionic schlong.

To test it out, the 44-year-old will have an erection for the next ten days before his implant is deflated.

However doctors warned he will have to wait six weeks before enjoying sex with his long-term girlfriend.

He told MailOnline: “I think having sex for the first time is more of a big deal for everyone else than it is for me.

“I’ve spent 44 years without a penis and I’ve coped with not having sex for all that time.

“It will take me a while to get in the swing of things. It will enable me to feel part of society.”

Urologist David Ralph and his colleagues were the masterminds behind the design of Andrew’s bionic penis.

Andrew was born with bladder exstrophy, a one-in-20 million defect that means while he has testicles he does not have a penis.

As a child, he had repeated surgeries and also battled kidney problems due to the condition.

Speaking previously about his struggle, Andrew added: “I get contacted by people all over the world with similar problems – some sexual and some without a penis – and I try to speak to all of them.

“Some are suicidal, in the last year alone five people have got in touch and I’ve talked them down from a ledge.

“I now want to work for charities that help to prevent suicide so I can help others.”

Although he is on the verge of being able to have sex, Andrew is not as excited as everyone would presume.

“I’m just happy to get my life back but I could understand how if you were born with a penis but lost it, it would be hard,” he explained.

“A lot of people do think it’s about sex but it’s not, it’s about relationships and life.”

Back in 2016, Mohammed Abad made headlines all over the world after he was fitted with a £70k bionic penis.

He had sex for the first time at the age of 44 after losing his penis in a road accident as a child.

In fact, the shop worker revealed how he had dozens of sex offers from women.