Man burnt to ashes over attempt to steal motorbike 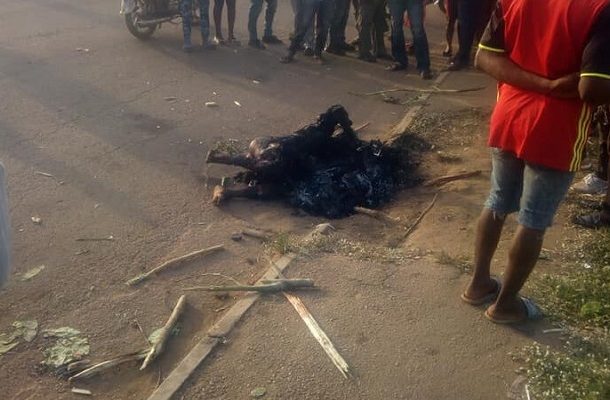 An unidentified man has been burnt to death by a mob for allegedly trying to steal a motorcycle.

According to the eyewitness, the suspect allegedly shot a commercial motorcyclist in attempt to snatch his bike but the bullet didn’t penetrate his body.

Other motorcyclists in the area pursued and caught the suspect along Old Otukpo road near Hotel Bobec and set him ablaze. 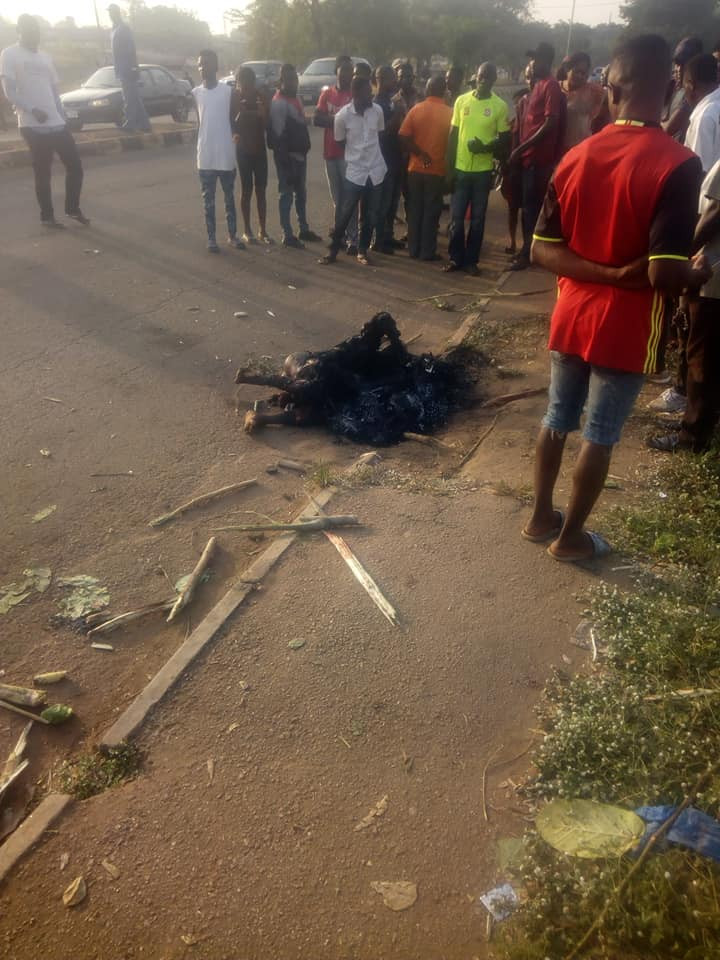 Photos of the suspect’s charred body were posted on Facebook by Jacob Dese Akpene.

“Why can’t you do the same thing the okada man did to get the bike, most of them ride these bikes on higher purchase and join contributions. It’s not easy for them too but they manage to save and get theirs. Go and hustle young man and stop stealing. ” he wrote. 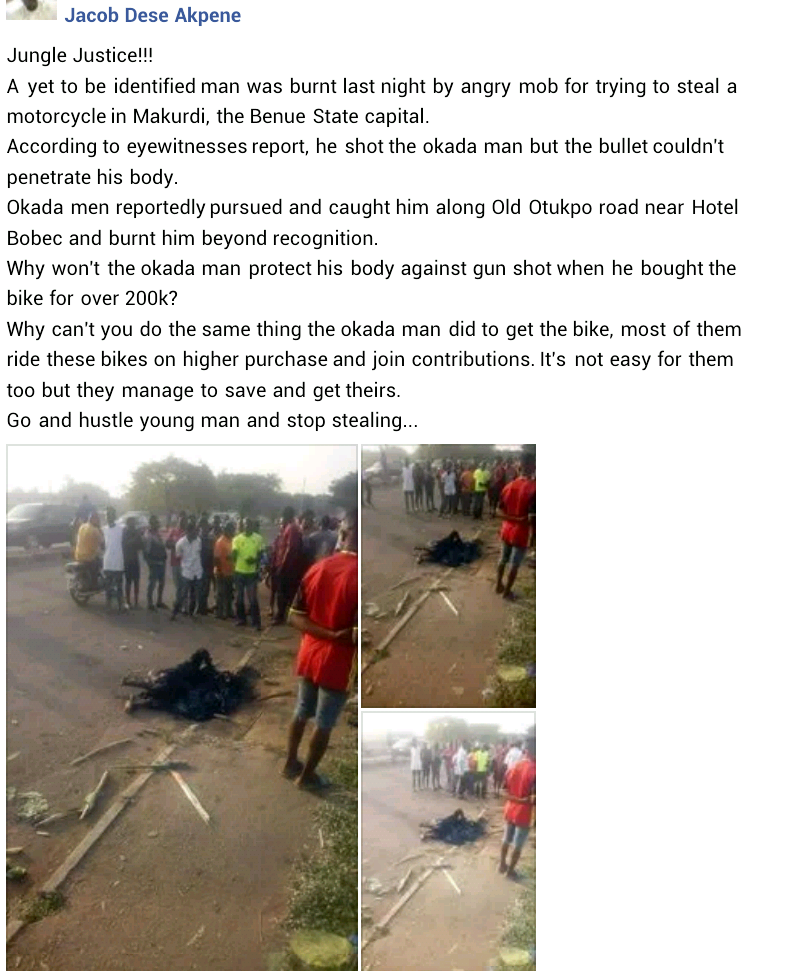