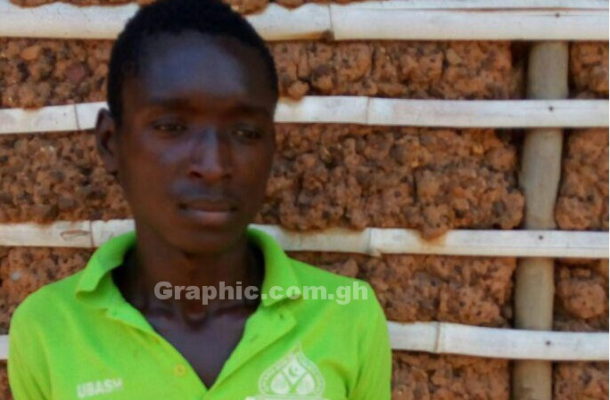 A twenty-year old small scale miner, Peter Ofori also known as Kwame Koranteng is in the grips of the police for allegedly killing his ninety-year old grandmother, Obaapanyin Ama Agyei.

Ofori, who lived with his grandmother in New Edubiase in the Adansi District of the Ashanti Region is said to have accused the nonagenarian of being the cause of his woes in life.

Confirming the arrest to Graphic Online, the New Edubiase District Police Commander, Assistant Superintendent of Police (ASP), Mr Martin Assenso said on Friday, October 7, 2016 at about 6pm, the police received information about the discovery of the body in the bush in one of the communities near New Edubiase.

Mr Assenso said through investigations, the police narrowed in on the suspect who had then fled to Koforidua.

He said in collaboration with the police in the Eastern Region, Ofori was arrested and brought back to New Edubiase to face trial on provisional charge of murder.

The suspect was alleged to have confessed to the crime during police interrogation.