Mankessim Murder: We could even die for him – Assemblyman on how residents respected prime suspect 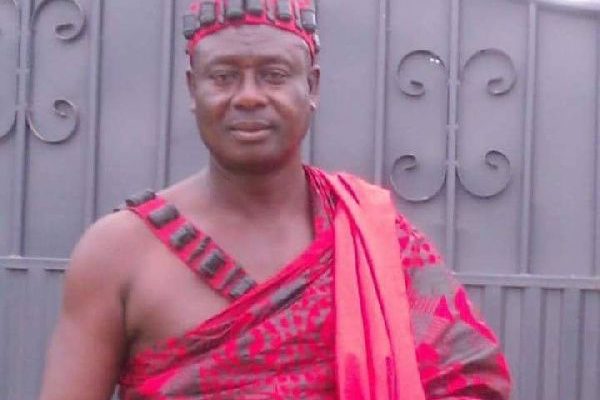 The Assemblyman for Edumadze Electoral Area, Alex Kojo Appiah, has expressed shock over the arrest of a local chief concerning the murder of an aspiring nurse.

According to the assemblyman, residents of Edumadzi, a suburb of Mankessim, are struggling to come to terms with the fact that Nana Onyaa Clark was involved in the kidnap, murder and secret burial of 22-year-old Georgina Asor Botchwey.

In an interview with Adom FM, the assemblyman said the chief had earned the respect and trust of the people to the extent that they could sacrifice their lives for him.

"If anyone has an issue and goes to Nana Clark, you are assured of a positive result. Frankly, had it not been for the recent incident, nobody would have ever thought of him as such. Nana Clark is a very wise and respectable man. We can't explain what has actually happened, but until this incident happened, we had a lot of faith in him; we could even lay down our lives for him," he said.

His arrest followed the confession of an accomplice in the kidnap, murder and secret burial of Georgina Asor Botchwey.

The second suspect in the case is Pastor Michael Darko Amponsah, popularly known as Osofo Kofi.

Osofo Kofi, according to reports, is the fiancé of the deceased's elder sister.