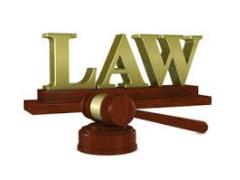 The Juaso Circuit Court, presided over by Mr Fredrick Tetteh, has sentenced a 54-year old marijuana grower at Kwahu-Ahodwo to 10 years imprisonment.

Yaw Asante had illegally entered the North Formanso Forest Reserve to establish a marijuana farm intercropped with cocoa and plantain.

He pleaded not guilty to the offence.
Police Detective Sergeant Princeton Peasah Darkwah said Asante was arrested in January based upon a tip off.

The Range Officer for the Reserve received information that the convict was living inside the forest, where he had placed 3.5 hectares stretch of the reserve under marijuana, cocoa and plantain cultivation.

The police moved in to apprehend him and samples of the hemp plant sent to the forensic laboratory for examination proved that it was indeed marijuana.