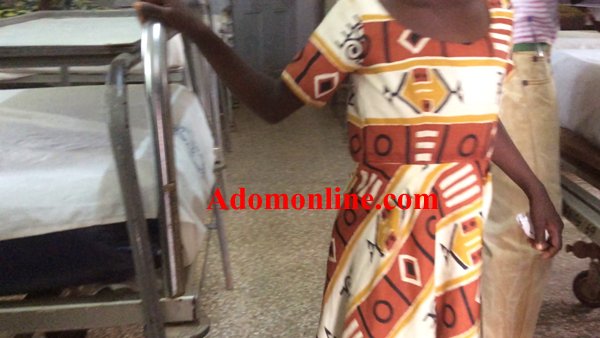 Pius Amedo who allegedly defiled an eight-year-old girl in a kiosk at Community 18 has been put before an Accra Circuit Court.

Charged with defilement, Amedo who is into laying of tiles pleaded guilty saying all that the prosecution narrated to court was true.

The court presided over by Mrs Abena Oppong Adjin-Doku deferred his sentence to October 20, to enable the accused produce his National Health Insurance card to substantiate his age on the next adjourned date.

According to the accused, he has no birth certificate. Amedo was therefore remanded into Police custody.

Prosecuting Detective Inspector, Judith B. Asante told the court that the complainant in the case is a trader and mother of the victim.

Prosecution said the complainant and the accused person lived in separate kiosk at Community 18 near The Place Restaurant.

Somewhere in September this year, the accused person called the victim under the pretext of sending her.

Prosecution said while the victim was waiting in front of the accused person’s kiosk, he pulled her into his kiosk, undressed the victim, covered her mouth and had sex with her.

On October 3, this year, while the victim’s mother was bathing her, she complained of vaginal pains and when her mother questioned her she did not say anything.

The victim mother informed her husband who also quizzed the victim, she said the accused had violated her.

On October 5, a report was made to the Police where a medical form was issued to by the Police so the victim could be examined.