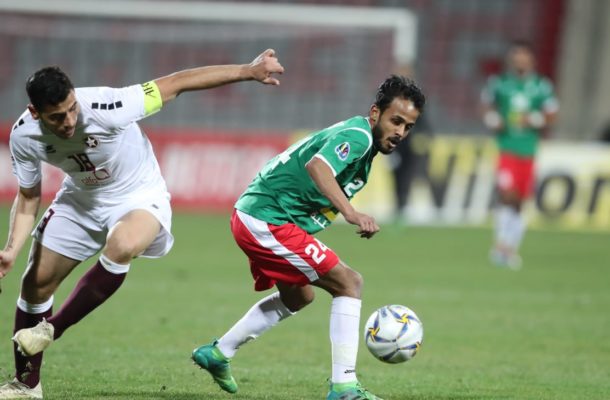 Kuala Lumpur: The 12 teams in the West Zone of the 2019 AFC Cup are back in action in the coming week, with the Matchday Two fixtures taking place on Monday and Tuesday.


First up will be the eight sides in Groups A and B on Monday, before the four remaining teams in Group C follow suit a day later.

Hilal Al Quds will play their first ever AFC Cup group stage game in Palestine when they host Jordanian side Al Wehdat in Al Ram on Monday.

The Palestinian side, who welcome Ali Nima back from suspension, secured an impressive 1-1 draw against Syria’s Al Jaish in their maiden match in the competition and will look to follow it up with their first ever victory in the competition

Al Wehdat, meanwhile, recorded a hard-fought 1-0 win over Lebanon’s Nejmeh SC after Saeed Murjan scored the only goal of the game, and the Amman team have set the early pace in the standings. But they will be without the suspended Hamza Al Dardour after his dismissal on Matchday One.

Elsewhere, Nejmeh, whose Chams Deen Chaona is another player ruled out through suspension, will look to get their first points on the board when they welcome Al Jaish to Beirut.

Al Jaish were the inaugural AFC Cup winners, although the Syrian side have exited at the group stage in the past two campaigns and will hope for improvement this time round.

After the two matches in Group B ended in stalemates on Matchday One, the four sides head into Monday’s second round of fixtures level on a point apiece.

Three-time winners Kuwait SC played out a scoreless draw with 2010 champions Al Ittihad of Syria on their return to the competition and will next travel to Jordan to face Al Jazeera.

Al Ittihad will have been satisfied with their first AFC Cup match since 2012 and they will next head to Abu Dhabi to take on Bahrain’s Al Najma.

Al Najma came from a goal down to claim a draw against Al Jazeera in their first match in the competition since 2008 after Ibrahim Habib’s equaliser.

On Tuesday, Bahrain’s Malkiya Club will host Al Ahed of Lebanon in Group C, while Oman’s Al Suwaiq will travel to Kuwait to take on Qadsia SC.

Goals from Hashim Isa and Isa Abdul Albari saw Malkiya come from a goal down to claim a 2-1 away victory against Al Suwaiq and they will next hope to build on their strong start.

Al Ahed played out a scoreless draw with Qadsia in their opening fixture and they will now welcome Hussein Zein back from suspension. Hussein Monzer, however, is suspended after being sent off against the Kuwaiti side.

Finally, the 2014 champions Qadsia will play their first home match in the tournament since 2015 when they welcome Al Suwaiq to Kuwait City.

The Omani side’s loss to Malkiya was their seventh successive defeat in the tournament after losing all six of their group stage games in 2018, and they will be desperate to bring that run to an end.