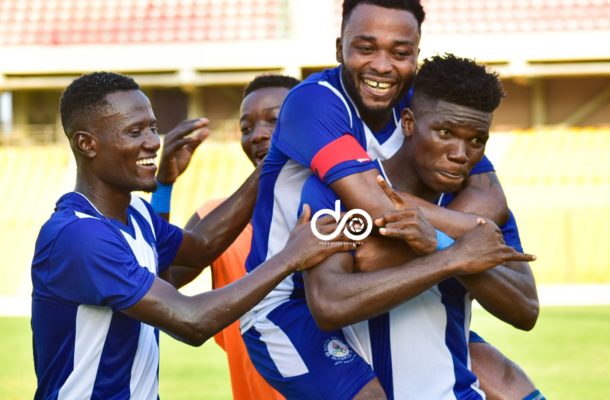 The Wonder club on Tuesday announced that former Ghana Star Yaw Preko has been appointed as the coach of club replacing the ailing Annor Walker.

Two spot kicks from Maxwell Nii Abbey Quaye was enough for the boys in blue to overcome a tame challenge from struggling Inter Allies.

Inside the first ten minutes, Great Olympics broke the deadlock of the game after Inter Allies upended an Olympics attack in the penalty box.

The referee pointed to the spot and Maxwell Abbey Quaye slotted home in the eight minute to give the wonder club a one nil lead.

Inter Allies pressed for the equalizer but it never came as Olympics went into the break with a solitary lead.

The second half began in similar fashion as the first with Olympics dominating play intermittently while Inter Allies also posed danger on occasions.

With ten minutes to end the game Olympics had another penalty kick which was converted by Maxwell Abbey Quaye to make it 2-0.

The win ends Olympics' two game winless run but pushed Inter Allies further down the table in the relegation battle.