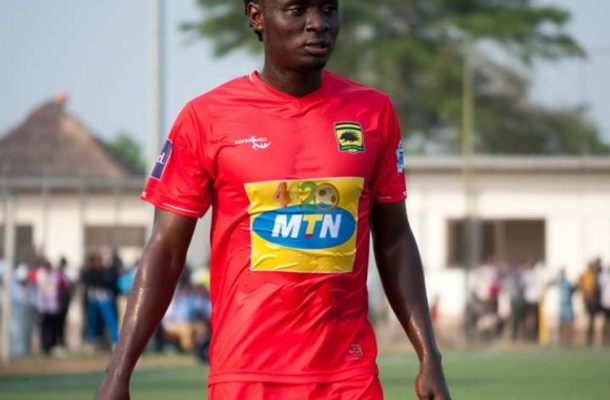 Medeama SC is ready to move for Kumasi Asante Kotoko outcast Martin Antwi as the player is shown the exit by the Kumasi based club.

Martin Antwi is the latest casualty in the ongoing reshaping of the Kotoko squad as the left footed player has been declared surplus to requirements by the club.

According to Kumasi based Oyerepa FM, the 26 year old winger has been told by the club to find a new team as Kotoko would not require his services for the coming season.

Since joining Kotoko, it has been a topsy turvy ride for the player who has divided a lot of opinions at the club as he has been consistently inconsistent aside some few games where he had his day.

He played  ten matches for Kotoko during the 2019/20 Ghana Premier League season which was cancelled due to the Coronavirus pandemic.

Medeama have already snapped up one Kotoko outcast in the shape of left back Patrick Yeboah.

Martin Antwi joined Kotoko as a free agent in 2018 and was part of the team training in Koforidua ahead of the new season.

He has in the past played for WAFA and Inter Allies in the Ghana Premier League.