Medeama's Prince Opoku Agyemang walks down the aisle on May 8 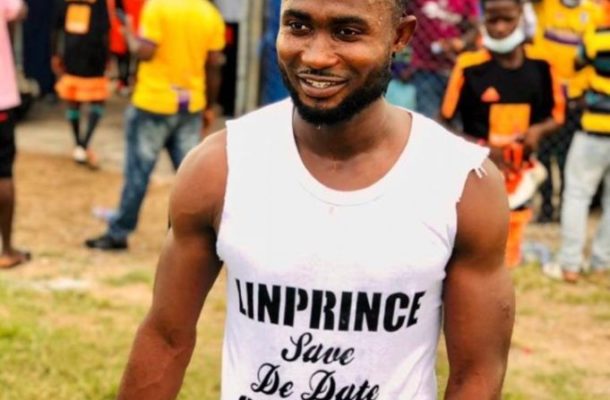 The event is scheduled to come off in the Ashanti Regional capital of Kumasi on Saturday 8th May 2021.

Prince Opoku Agyemang on Sunday caused a stir during Medeama's 3-0 win against Ebusua Dwarfs with his goal celebrations.

After scoring the third goal with a deft back heel, Prince Opoku Agyemang raced to the touchline took his mobile phone and started sending a message to an unknown person.

It was later revealed after the match that the striker was sending a text message to his soon to be wife Linda Frimpomaa Sefah.

The event is set to witness players from various Premier League clubs, club officials from various clubs and persons in the football fraternity storm Kumasi.

Since returning from South Africa, Prince Opoku Agyemang has been in good form as he has scored five goals in seven matches since the beginning of the second round.