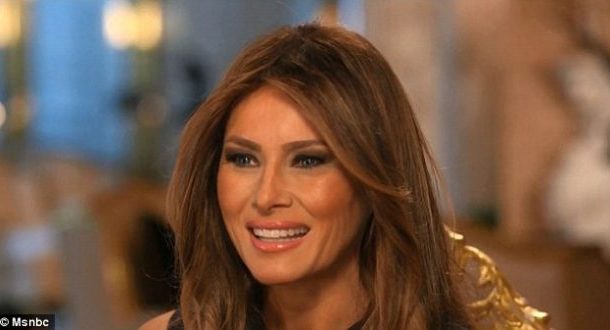 Melania Trump, the wife of Republican presidential nominee Donald Trump, has rejected suggestions that she violated visa rules when she started working as a model in New York. In a statement she said she had followed immigration laws “at all times”.

Mrs Trump has yet to clarify what type of visa she used during a 1995 photo shoot in New York. Mr Trump has taken a hard line on illegal immigration in his campaign. So far, the Trump campaign has refused to say exactly which visas Mrs Trump had, and when she had them. The development comes during a turbulent week for the billionaire property developer. There are reports of deep divisions in the Republican Party after a series of controversial statements by the nominee.

Mrs Trump said she began working as a model in the US in 1996, but nude photos published at the weekend by a New York tabloid appear to have been taken in 1995 for a now defunct French magazine. BBC Washington correspondent Gary O’Donoghue says this discrepancy has raised questions about her immigration status at the time and whether she had the right to work.

The owner of one modelling agency, Paolo Zampolli, says he sponsored Mrs Trump for an H1B work visa in 1996. She has said that she had to go back to her native Slovenia every few months to renew her permit – something that is only generally necessary for tourist and business visas that do not permit work.

Our correspondent says the confusion has the potential to do significant damage to Mr Trump’s campaign, given his robust views on illegal immigrants. He has also railed against the use of the H1B visa specifically, suggesting abuse of it is widespread and rampant. Mr Trump was formally adopted last month as the Republican candidate for November’s presidential election.