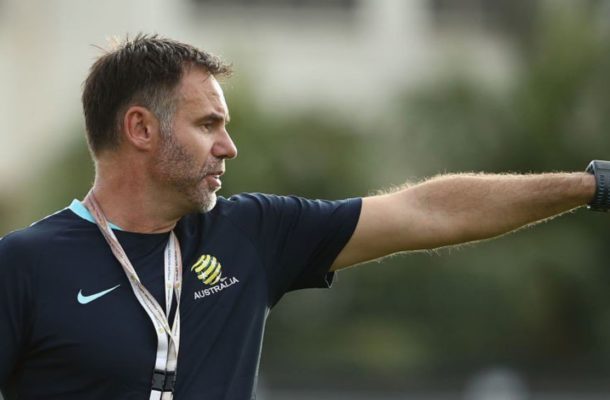 Sydney: Ante Milicic will guide Australia to the 2019 FIFA Women's World Cup in France, after he was confirmed as the women's national team's new head coach by Football Federation Australia on Tuesday.


The appointment ends a month-long search for a replacement for former boss Alen Stajcic, whose contract was terminated on January 19.

The role is Milicic's first in the women's game, although the 44-year-old has held a number of roles with Australian national teams at both senior and youth levels.

He was a senior national team assistant under Ange Postecoglou, led Australia at both the AFC U-23 and U-19 Championships in 2018, and was previously an assistant during the Western Sydney Wanderers' AFC Champions League-winning 2014 season.

The former striker, who represented the Socceroos on six occasions in the early 2000s, said: "It is an honour to be appointed Head Coach of the Matildas and I am determined to make the most of this opportunity together with the squad and staff.

“As demonstrated throughout the W-League this season, which culminated in Saturday’s thrilling Grand Final in Sydney, Australia has many fantastic players right now and I know that the squad that is ultimately selected will be eager to seize its chance in France.

"With three matches coming up in quick succession at the Cup of Nations, the friendly tournament will provide our group with the opportunity to set its standards both on and off the pitch as we look ahead to the FIFA Women’s World Cup with great belief and optimism,” said Milicic.

“Ante (Milicic) has been involved in Australian football at the elite level for many years,” Nikou said. “While he is highly regarded from a technical standpoint, he is also exceptionally knowledgeable in the development and implementation of high-performance football environments, and understands the Australian sporting and football culture.

“FFA is delighted to provide Ante – who has served a long apprenticeship in the game at both club and national team level – with the opportunity to lead the Matildas in France,” he said.

FFA Chief Executive Officer, Mr David Gallop AM, said that Milicic stood out from a high-calibre list of applicants keen to secure the prestigious position.

“There was no shortage of exceptional Australian and international applicants interested in this elite role. Ante’s intimate involvement with our National Teams Unit over the past five years ensured that he will commence the position with a clear understanding of the systems in place, and with sound relationships with key technical, backroom, and administrative staff already forged."

The new boss has less than two weeks to prepare for his first assignment, with the Matildas set to kick off the Australian-based Cup of Nations - which also features Korea Republic, New Zealand and Argentina - on February 28.

Australia also have a friendly international lined up against the United States in Colorado in early April, before their Women's World Cup campaign begins against Italy in Valenciennes on June 7.