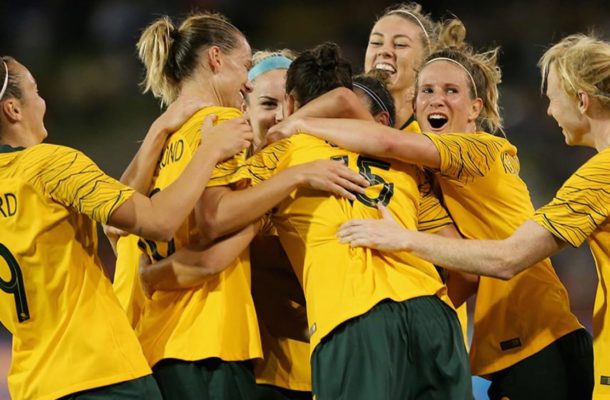 
The Matildas coach and his staff will use Australia’s camp and friendly in Colorado to give more players an opportunity to impress in the lead up to this year’s FIFA Women’s World Cup in France.

As such, five players that weren’t part of Milicic’s first squad as Matildas boss have been called up for the match against the USA at Dick’s Sporting Goods Park on 5 April.

Experienced Matildas Katrina Gorry and Chloe Logarzo will be joined by youngster Mary Fowler (pictured below) as well as uncapped duo Elizabeth Ralston and Teagan Micah in Australia’s squad for the crucial window.

“It has been my intention from the outset to give as many players as possible a chance to impress ahead of our final squad selection for France,” Milicic said.

“Katrina, Chloe, Mary, Elizabeth, and Teagan (pictured below) will join us in the United States, and while some players have missed out on this window that doesn’t mean that their hopes of being with us at the 2019 FIFA Women’s World Cup are over.

“We will be looking for players to step up in the United States, both in training and our match against the world’s number one ranked side, and as a unit we will be aiming to build upon the foundations and standards we set during the recent Cup of Nations,” he said.

Australia and the USA – who will both feature at the 2019 FIFA Women’s World Cup in France – have played 28 international matches since their first meeting in 1987, and last met at last year’s Tournament of Nations at Pratt & Whitney Stadium in Connecticut. In the last match between the nations a clinical first half strike from Chloe Logarzo was cancelled out by Lindsey Horan’s late second half header as the game ended all square.

Milicic will name Australia’s squad for the 2019 FIFA Women’s World Cup in mid-May before the team commence their final preparations for France in Antalya, Turkey, from May 19.

This is our squad for the forthcoming international friendly against the United States of America ?? #USAvAUS #GoMatildas