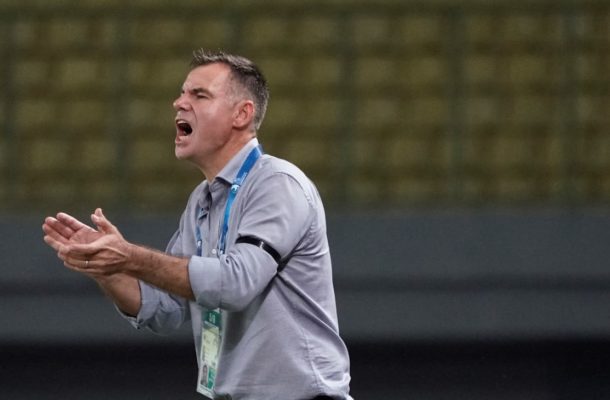 Kuala Lumpur: Ante Milicic is set to lead Australia into their first assignment since being appointed head coach of the Matildas.


The upcoming Australia-hosted Cup of Nations featuring Argentina, Korea Republic and New Zealand will be Milicic's immediate challenge with the 2019 FIFA Women's World Cup France in June his major test in his first senior appointment.

It is a challenge the former Australia U-19 head coach is relishing, thanks to his vast experience of having coached at different levels.

The former striker shares his thoughts and plans with the-AFC.com.

You have had extensive experience in numerous tournaments, how different will this be with the Australian women’s team?

The experiences that I have had in the past, both with clubs and with Australian senior and youth national teams, have helped to prepare me for this great opportunity. But I don’t see the opportunity to coach the Matildas as ‘different’. The rules of football for men and women are the same, there are 11 players on the pitch, the teams play for the same amount of time, the same principles apply.

I have enjoyed my first week in the job and especially getting the players on the pitch. We are eager to play three good quality games throughout the forthcoming Cup of Nations in Australia and making good progress as a squad.

This will be your first senior coaching role. What will you bring to the table for the Matildas?

I will be calling on my years of experience working with elite managers during my time with the Matildas, however I also have my own ideas and ways that I like to coach. We will be a disciplined, hard-working unit, and will only accept high-standards. I have great staff around me and together we are fully focused on the task ahead.
How would you prepare your players for the 2019 Cup of Nations which begins next week?

We are currently in Brisbane undertaking a camp ahead of the 2019 Cup of Nations. We have held two sessions so far, and it has been great to see the players on the pitch. Everyone has been working hard and I can see that all the players are eager to impress.

We will move to Sydney on Tuesday ahead of our first match of the competition, which is against New Zealand at Leichhardt Oval on Thursday. The Cup of Nations will be a great competition, and it’s fantastic to bring together four nations that will compete in France later this year.
Australia will face Italy, Brazil, and Jamaica in Group C at the FIFA Women's World Cup France 2019. What are your thoughts on the Matildas’ chances?

We have an ambition and goal to go deep in the tournament, however, we are looking no further than the group stage. We must respect our Group C opponents and ensure that we navigate the group before our focus moves to the knockout stage.

What do you love about football?

There are many things that I love about football. I love that it has provided me with the chance to travel and experience and embrace other cultures around the world. You also forge many friendships through the game. Of course, I love the competitive side of football, too – it is great when a team’s planning and preparation is rewarded through success on the pitch.