Milovan Rajevac is only coming to take our money and go - Coach J.E Sarpong 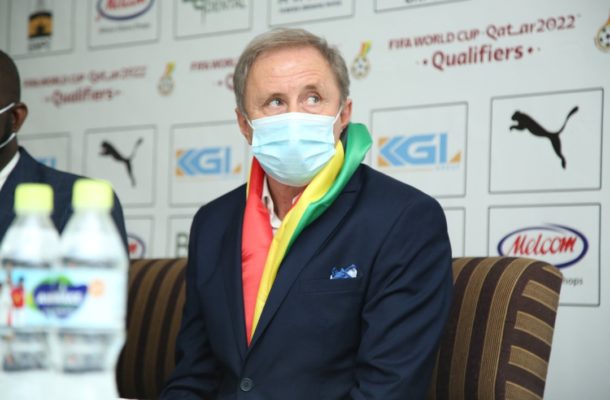 Even before he starts his second stint with Ghana, Serbian trainer Milovan Rajevac has been tipped for failure unlike his first stint where he helped Ghana reach the finals of the 2010 AFCON in Angola before losing to Egypt and also reaching the quarter finals of the 2010 World Cup in South Africa.

Veteran Ghanaian coach J.E Sarpong says that Rajevac will fail during his second stint as he does not have anything left in the tank to offer Ghana but just coming to waste our money.

Speaking in an interview with Kumas based Luv FM, the former Kotoko, Hearts, Ebusua Dwarfs Okwahu United coach says that it will end in tears for the Serbian coach.

"He 'Milovan Rajevac' can't do anything. He will be a failure. He is only coming to take money and go."

Milovan Rajevac was unveiled as the new Black Stars coach on Friday following the sacking of C.K Akonnor last week.

He has signed a one year contract worth $30,000 with the option for a further year and has been tasked to win the AFCON 2022 tournament and qualify Ghana to the 2022 World Cup.