Mine workers to withdraw services over threat on their lives 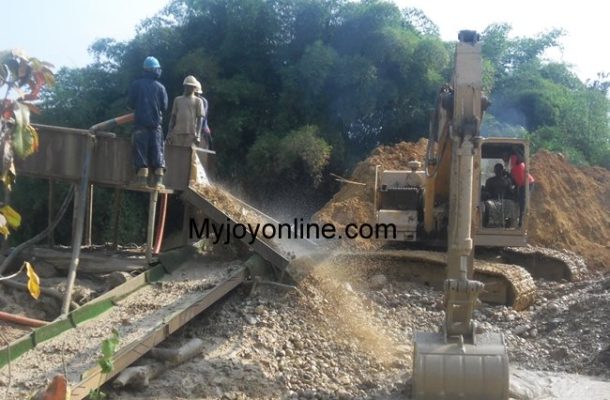 Mine workers have served a notice they may be forced to withdraw their services to the mines if the state cannot guarantee their safety.

Illegal mining, known as ‘galamsey’, remains a threat to life and property at the mines as workers constantly come under attack from intruders.

The issue of illegal mining activities gravely affected the industry during the first half of the year.

In the period under review, mining companies such as the AngloGold Ashanti and Obuasi Mine have witnessed a fearful attack by illegal small-scale miners on its concession, resulting in the death of a top management staff.

Also, Owere Mines in Konongo was not spared by the activities of illegal miners who invaded and took control of the mine’s concession for weeks, while owners and staff watched on helplessly.

Anglogold Ashanti, for instance, has out of desperation, sued Ghana government at the international Court of Arbitration over the issue.

Government in a response to the suit assured the mining giant that law and order will be restored at its concession in Obuasi.

“Today, our cherished members are living and working in fear. Their safety and security cannot be guaranteed anymore given the organised, sophisticated and aggressive nature of these ‘galamseyers’ and their attacks on these concessions,” General Secretary, Ghana Mineworkers Union, Prince William Ankrah has warned.

Government, last year amended portions of the Minerals and Mining Act 2006 (ACT 703) that criminalizes illegal small scale mining activities as well as the confiscation of mining equipment from illegal miners.

Some industry players, however, blame government for appearing to fuel the perpetuation of this illegality which sounds quite worrying and disappointing, to say the least.

Mr. Ankrah indicated, “we reluctantly, however, wish to commend the government for taking the bold decision to amend the law with the view to dealing substantially with this menace”.

The Union believes that enforcement of the law still remains a major challenge and needs to be looked at closely and done devoid of politicisation and cronyism.

The General Secretary of the GMWU, Prince William Ankrah made the revelation in his address at the Union’s National Executive Council meeting in Kumasi.

revealed the group will have to take precaution to protect members.

The Association, therefore, calls on government to renew its commitment and intensify its fight against this ravaging menace swiftly.