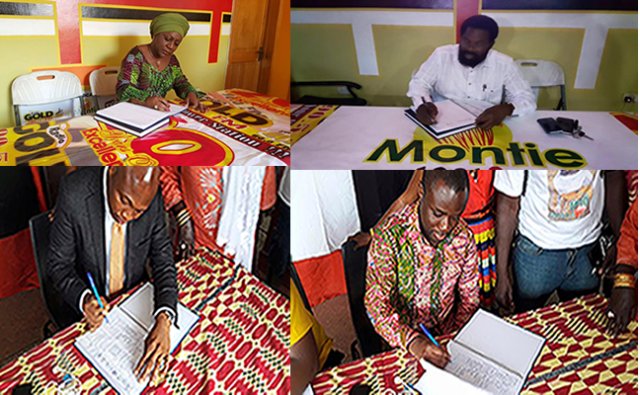 The Institute for Democratic Governance (IDEG) has expressed grave concerns regarding a petition some government appointees are signing to compel the President pardon the convicted Montie three.

Executive Director of IDEG, Dr Emmanuel Akwetey, says such acts, emanating from state officials, fly in the face of the tenets of rule of law.

“The President is there to defend the national interest and I think the Ministers like the President must also stop activism and represent the entire nation,” he told Joy News on the sideline of the induction ceremony of the new Vice Chancellor of University of Ghana, Monday.

Several government appointees have signed a petition spearheaded by a pro-governing National Democratic Congress (NDC) group called Research and Advocacy Platform (RAPS) that is seeking to compel the President to pardon a presenter, Salifu Maase popularly known as Mugabe and two panelists, Alistair Taro Nelson and Godwin Ako Gunn of an Accra-based Montie FM who have been convicted by the Supreme Court (SC).

The two panelists spurred on by the presenter of the Pampaso programme threatened to murder justices of the apex court and said they would rape the Chief Justice, Georgina Wood over an electoral roll case in which a former Youth Organiser of the People’s National Convention, Abu Ramadan, and Evans Nimako were challenging the credibility of the register.

They were summoned and charged with contempt. A court presided over by Justice Sophia Akufo handed the three men four months jail term and a penalty of GH₵10,000 each a failure of which would have attracted a nother month of jail term. The lawyers for the trio have made the payment.

This has led to agitations by supporters of NDC who believe the punishment was harsh for the crime the trio committed.

They are against the four months custodial sentences handed to the three men and have vowed to compel President Mahama to activate his powers contained in Article 72 of the 1992 Constitution.

The Article in (1a-d) says, the President of the Republic, may, acting in consultation with the Council of State, decide to exercise the Prerogative of Mercy or just grant amnesty to convicted people.

Even though the group buoyed by some Ministers is optimistic the President will grant the reprieve if it is able to garner enough signatories, political analysts have warned of dire consequences if Mr Mahama gives in.

Dr Akwetey believes the President might not want to undermine and ridicule the nation’s democracy by bowing to the pressure.

“I don’t know the precedent whereby Supreme Court decides and immediately the President interferes,” he said.

IDEG boss says the sentencing of the trio by the Judges was in the interest of all Ghanaians considering the crucial face of the nation’s democratic development.

According to him, it will be faulty for anyone to argue that SC’s decision on the trio erodes press freedom in the country.

Rather, the Judges rose to the occasion to defend the collective interest of the nation and that is what the President and Ministers should do.