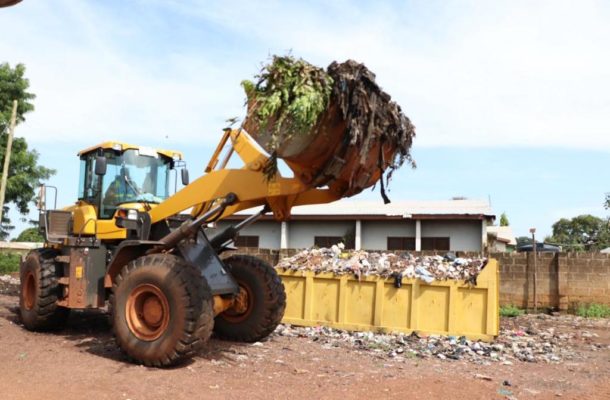 The Ministry of Sanitation and water resources led by Hon. Cecelia Abena Dapaah in line with ensuring that landfill sites in the country are properly managed has began evacuating some illegal dump sites across the country.

The exercise will be done simultaneously in all the 16 regions in Ghana.

The week long exercise which is under the auspices of the Ministry in collaboration with the various Regional Cordinating Councils is geared towards protecting the Environment and the Health of the Population. 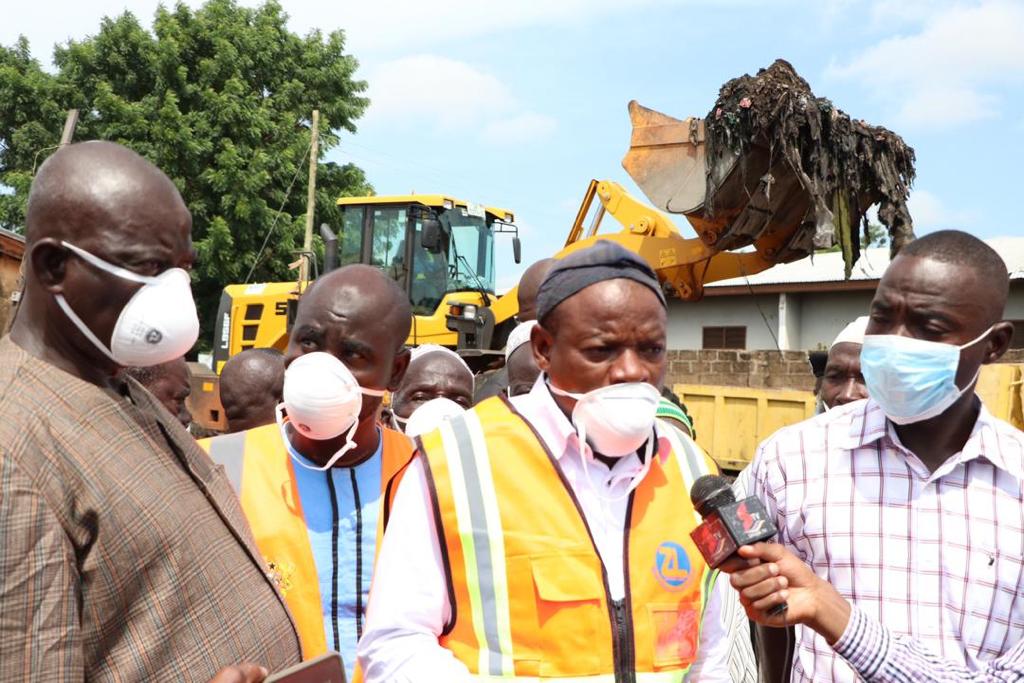 According to some residents around the Gukpenaa toilet site, they have been complaining about the refuse site through the assembly member of the area and they have been waiting for answers from the Municipal chief Executive of the area.

Hajia Zelia Abdulai, a resident at the nyohini yapala in her address thanked the government and the minister for Sanitation Hon. Cecelia Abena Dapaah.
"We thank the government for the work done and some of the benefits that anytime  the wind blows the refuse will not get into their homes since they are closer to the dumping site. The bad smell they usually experience will reduce.We will also ensure that nobody throws the refuse any how like it used to be done in past.

She also appealed to the government to provide more containers to prevent residents dumping on the ground.

The assembly also made a remarkable efforts by proposing to the ministry of Sanitation and water resources to clear the site and the government agreed to evacuate the site.

The assembly member for the Nyohini south Mr. Yakubu Hamza Mbalinje in an interview highlighted on some challenges the residents faced and the benefits they will be gained after the evacuation of the site.

"Actually this refuse is a problem to the residents and I must say it's a dream come through. The refuse dumb has caused mayhem to the residents and once it is done it will improve the health of the locality. After the evacuation there will be measures that will be in place to ensure no refuse is dumb here again". He added
There will be a taskforce to make the vision of the Sanitation minister come through and also residents will be educated on how they should keep the environment clean.

Mr. Hamza also appealed to the Sanitation ministry and the regional coordinating council to construct a wall that will help to improve Sanitation and also guide the barge for spreading into the community.

Chairman Abdallah Abubakar wanzam, unit committee chairman for nyohini yapala electoral area in brief remarks commended the government for the exercise and outlined some measures that will put in place to ensure the site becomes safe.

Hon. Salifu Saed, Northern regional Minster in his address to officially launch the exercise indicated the measures the regional coordinating council has put in place to ensure becomes Fruitful.

"If you check the statistics, as much we want people not to use the public toilet. Development is a process and if you look at the history, a lot of our people were practicing open defecation and it almost became a culture of the people. If you want to get people out of their usual routine or behavior, you need to do it in a very progressive manner. We are engaging in a lot of sensitization and advocacy and as a result of that a lot houses now have toilets within their homes. If you look at the rate of patronage to the public toilet, it has reduced drastically but that not withstanding we are still talking to the MMDA's which is composed of all assembly men and women who are discussing and talking to the duty bearers in their areas to see to it that they talk to their family members and relatives to ensure the usage of public toilets to avoid putting up toilets anyhow". Hon. Saed stated

We appreciate the fact that it goes with a financial cost but we are encouraging them and getting some NGOs to come in to support the families who will not be able to provide the basic items that would help them use the public toilet. These are some of the measures that we are providing.

He added that Four major dumb refuse damb site will be cleared and had the believed that Zoomlion Ghana Limited together with the assembly members in the locality will support the exercise.