Minority pushes for review of 1992 Constitution 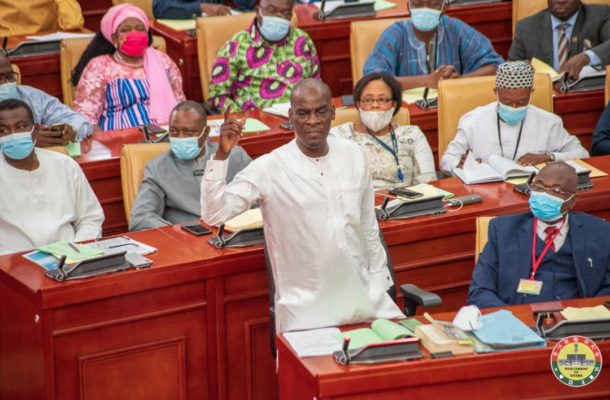 The NDC Minority in Parliament has put Aaaa00together a motion demanding an immediate review of the 1992 Constitution.

According to the party, they will be using a bipartisan approach to get the motion moved when the House reconvenes at the end of the month.

Confirming this to the media, Haruna Iddrisu, the Minority Leader said, his outfit will use the equal numbers in Parliament makes the time ripe for such discussion.

During President Mills era in 2010, the 1992 Constitution was reviewed but the outcome of that review was never implemented.

The Tamale South MP told Joy News that, the call for review is “for the national interest reign supreme and not partisan interest.”

President Mills acted in accordance with Article 278 (1) of the Constitution.

The CRC collated views of some Ghanaians on which provisions of the 1992 Constitution required amendment.

The CRC, however, travelled all over the country to hold consultative fora with Ghanaians of all walks of life. This received numerous memoranda on what provisions of the Constitution needed to be amended and even how the CRC should conduct its affairs.

In addition, it also engaged the services of experts to review the Constitution and make recommendations for reforms.
Source: Ghanaweb