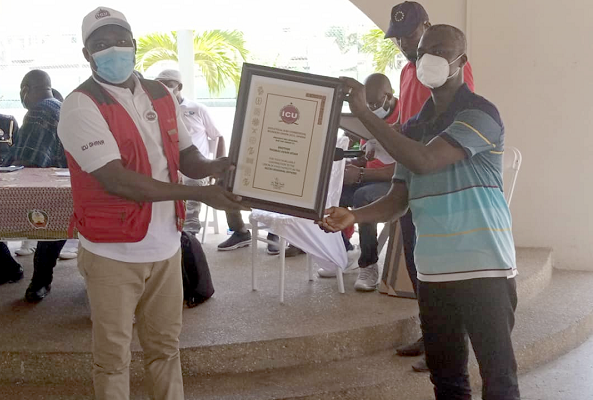 Some members of organised labour have called on the government to mitigate the impact of the tax hike on petroleum products and the introduction of new taxes in the country.

They have also urged the government to review salaries to ameliorate the hardships being faced by workers as a result of the high cost of living.

The Chairman of the Greater Accra Regional Council of Labour, Mr Patrick Tetteh Binyemi and the Chairman of the Madina, Adentan, Abokobi District of the Ghana National Association of Teachers (GNAT), Mr Christian Yaw Adinkra, made the call during separate interviews in Tema where the Greater Accra Regional Secretariat of the Trades Union Congress (TUC) observed this year's May Day celebration.

The event was on the theme; "Economic Recovery in an era of COVID-19: The role of social partners”.

Mr Binyemi said while COVID-19 had had an unprecedented effect on working life, organised labour expected the government to have done a lot of consultation before coming out with an introduction of new taxes and an increment in existing ones.

He said the timing of the tax hikes was not good because the pandemic had seen many people losing their jobs or on half salaries.

"This is not the time for the increment of taxes and introduction of new taxes. We think the government should have slowed down a bit so the impact wouldn't have been felt so much by workers," he said.

Mr Binyemi said in the light of the increases in taxes on petroleum products, organised labour expected the government to look at the wages to mitigate the suffering of workers.

"Inasmuch as the government needs the taxes to develop the economy, workers would also appreciate an increment in salaries to cushion them," he added.

Mr Adinkra for his part expressed the view that it would be prudent for government officials to rather cut down on their ostentatious life styles by leading the way in starting to make sacrifices for the nation, instead of adding to the burdens of workers by way of taxation.

He said increasing fuel prices would have a devastating impact on the prices of goods and services and urged the government to ameliorate the working conditions of workers including teachers.

The Greater Accra Regional Secretary of the TUC, Ms Freda S. Frimpong, said in its efforts to navigate the COVID-19 pandemic and its impact on the economy, organised labour expected the government to do something for workers including those in the private sector to meet their basic expenditure.

He noted that the economy and the social fabric that held it together would be compromised if many jobs were lost as a result of the COVID-19 recovery efforts and pledged the government's support for businesses through its policies.

Awards were presented to selected dedicated workers of the various organised unions under the umbrella of the TUC.

During the commemoration of May Day in Cape Coast, workers also lamented the high cost of living which they said was in sharp contrast to their earnings.

They said, "government must stop using COVID-19 as an excuse and review the salaries of workers upwards to help them deal with the recent economic hardships in the country."

Speaking in an interview, one of the workers, Ms Evelyn Erica Davis, said the recent fuel price increments and the prices of goods and services were taking a toll on workers and that they demanded an increase in the salaries of workers to match the high cost of living.

Other workers the Daily Graphic spoke to called for increment in wages to ease the economic burdens of workers.

The Central Regional Minister, Mrs Justina Marigold Assan, in her address appealed to workers to support the government to implement measures it had put in place to help the economy recover from the effect of the global COVID-19 pandemic.

She said the government, through its budget statement, had introduced new taxes and policies which were necessary to help the country recover from the setbacks and emphasised that for the government to make headway, it needed workers to support such decisions.

"There is the need for us to embrace the new policies and taxes the government has introduced to salvage the economy from the claws of COVID-19," she said.

"These new policies would help improve the living conditions of Ghanaians".

A representative from the TUC, Mrs Cynthia Nana Aba Ananoo, charged the different workers unions across the country to join hands with similar unions to enable them negotiate for better remuneration for their members, adding that taking such stance would strengthen their ability to negotiate.