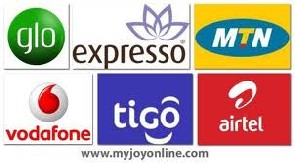 The mobile voice subscribers in the country is fast growing at a steady rate, raising concerns about how many of the Subscriber Identiy Module (SIM) cards have been duly registered.

According to the market statistics posted by the industry regulator, the National Communications Authority (NCA), as at the end of June 2016, the total number of mobile voice subscribers has increased from 36,534,611 in May to 36,613,987. This represents a percentage increase of 0.22 per cent. Subsequently, the total penetration rate for the month under review stood at 131.89 per cent.

Much as the increase may be insignificant, the trend over the years has been steady. The bother has to do with the open registration without recourse to the law which makes it mandatory for subscribers to register their SIMs before it is activated.

A mystery shopping undertaken by the paper in the last couple of weeks revealed that one did not require any form of identification to register a SIM. Once the money is issued for the card, the vendor releases the card without any further questions.

Some did ask for the ID and after collecting it to check the identity, it is handed back to the owner and the SIM card is issued. This was most prominent in three major areas, namely: Kwame Nkrumah Circle in Accra, the Kotokraba Market in the Central Region and Kejetia in the Ashanti Region.

It was visibly clear that most of the vendors were going against the law because of their quest to sell more to increase their commission on the sales they make for the telcos.

Competition within the telecom sector in the country is deemed as one of the stiffest because of the clout of the various service providers. Ghana, with a population of about 26 million people, has six telecom operators, all multinationals. They are MTN, Vodafone, tiGO, Airtel, Glo and Expresso. These giants, in their own rights, are also heavily concentrated in urban centres, leaving most parts of the rural areas without service.

It came to light that the telcos were pushing the blame for the unregistered cards on their vendors and pledged to warn them against the practice. However, so far, nothing is being done and the situation seems to be escalating.

In Nigeria recently, a similar situation forced the regulator in that country to slam the hammer of authority on MTN to a fine of about US$5 million, an amount which was later negotiated down to about half.

This represents a percentage drop of 2.50 per cent. Its total market share for the month under review was 12.78 per cent.

Expresso’s voice subscriber figures decreased from 106,082 as at the end of May 2016 to 103,960 as at the end of June 2016. This represents a percentage decrease of two per cent. Its total market share for the month under review was 0.28 per cent.

With this struggle for survival, it is evident that the telcos are likely to relax their rules or turn a blind eye to the situation on the ground to allow the illegality to persist.

None would speak on record to the issues but sources within the telcos pledged their commitment to end the practice which is alarming.

The NCA cannot also pretend not to be aware of the illegality. If so then the regulator’s monitoring mechanism needs to be activated to live up to expectation.

Many went through a lot of hustle when the law was introduced to force all SIM card holders to register them. It was expected that after the registration, the NCA will live up to expectation to start on a fresh slate by prevailing on the players in the sector to ensure that the new SIMs are registered. Rather, the reverse is the case, thereby, defeating the purpose for which it was introduced. The NCA will, therefore, have to rise to the occasion to stop the spread.