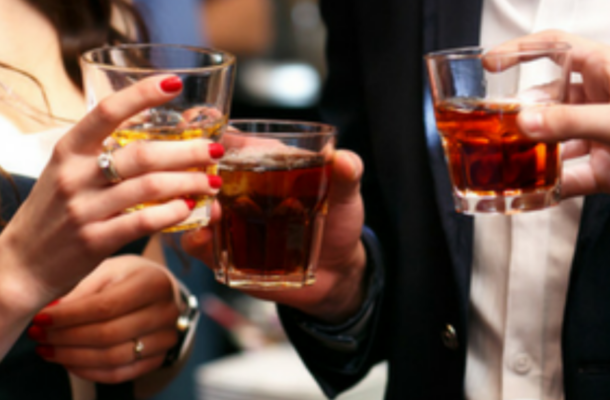 The findings contrast with some previous studies that associated moderate drinking with a lower risk of some forms of heart disease. Most previous studies, however, have not assessed high blood pressure among moderate drinkers. Since hypertension is a leading risk factor for heart attack and stroke, the new study calls into question the notion that moderate alcohol consumption benefits heart health.
Alcohol's impact on blood pressure could stem from a variety of factors, according to researchers. Because alcohol increases appetite and is, itself, very energy-dense, drinking often leads to greater caloric intake overall.
Alcohol's activities in the brain and liver could also contribute to spikes in blood pressure. Data for the research came from the National Health and Nutrition Examination Study (NHANES), a large, decades-long study led by the Centers for Disease Control and Prevention.
Specifically, the researchers analyzed data from 17,059 U.S. adults who enrolled in the NHANES study between 1988 and 1994, the NHANES phase with data that is considered most complete and representative of the U.S. population.
Participants reported their drinking behavior on several questionnaires administered by mail and in person. Their blood pressure was recorded by trained personnel during visits in participants' homes and at a mobile examination center.
The researchers split participants into three groups: those who never drank alcohol, those who had seven to 13 drinks per week (moderate drinkers) and those who had 14 or more drinks per week (heavy drinkers).
They assessed hypertension according to the 2017 ACC/AHA high blood pressure guideline, which defined Stage 1 hypertension as having systolic blood pressure between 130-139 or diastolic pressure between 80-89, and Stage 2 hypertension as having systolic pressure above 140 or diastolic pressure above 90.
Compared with those who never drank, moderate drinkers were 53 percent more likely to have stage 1 hypertension and twice as likely to have stage 2 hypertension.
The pattern among heavy drinkers was even more pronounced; relative to those who never drank, heavy drinkers were 69 percent more likely to have stage 1 hypertension and 2.4 times as likely to have stage 2 hypertension.

Overall, the average blood pressure was about 109/67 mm Hg among never-drinkers, 128/79 mm Hg among moderate drinkers and 153/82 mm Hg among heavy drinkers.

Findings of the study were discussed in a meeting held at American College of Cardiology 68th Annual Scientific Session.

In their analysis, researchers adjusted for age, sex, race, income and cardiovascular risk to separate the effects from alcohol consumption from other factors with known links to hypertension.

"This study is not only large but diverse in terms of race and gender," Aladin said. "The results are very informative for future research and practice. If you are drinking a moderate or large amount of alcohol, ask your provider to check your blood pressure at each visit and help you cut down your drinking and eventually quit," said Amer Aladin, study's lead author.