Mohammed Kudus: A Taste of What’s to Come in the Dutch Cup 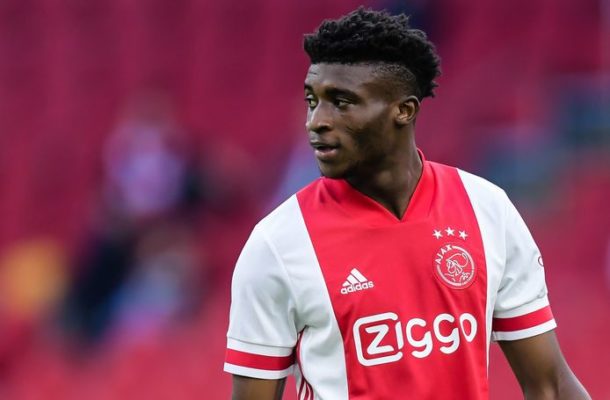 In July 2020, Ajax completed the signing of Mohammed Kudus from Nordsjaelland for $9 million. Upon putting pen to paper with the historic Dutch side, the Accra-born playmaker became the latest young prospect to join the youth-promoting team. Ajax’s scouting network and youth setup are among the best in Europe, and in Kudus, they unearthed another gem.

On April 18th, 2021, Kudus won his first trophy with Ajax, as the 34-time Dutch champions overcame Vitesse to lift the KNVB Cup. Of course, it’s a significant moment in the 20-year-old's career. However, the triumph sparks optimism that Kudus can go on to lift further honors and go down as one of Ghana's best-ever players.

Clinching the First Trophy of His Career


At the time of writing, Kudus has played four games for the national team. It speaks volumes about his confidence levels that, across those matches, he scored two goals. Ghanaian football fans acknowledge the 20-year-old's potential, and he’s now beginning to make a name for himself in Europe. The former Nordsjaelland midfielder was under some pressure to hit the ground running at the Johan Cruyff Arena after Donny van de Beek left the club to join Manchester United. Despite that, he hasn’t shied away from the challenge.

Although Kudus didn't feature in the Dutch Cup final against Vitesse, he watched from the sidelines as goals from Ryan Gravenberch and David Neres saw off Thomas Letsch’s team. It’s not a reflection of the attacking midfielder’s abilities that he started on the bench, but an indication of Erik ten Hag’s man management. When called upon in the Eredivisie in 2020-21, Kudus hasn’t let his manager down. At the time of writing, he’s played just 12 games due to muscle injuries and fitness issues. However, he’s been involved in five goals at that time. Moreover, with him on the field, Ajax average a points-per-game total of 2.67.

Kudus Can be Ghana’s Next Generational Star


The Dutch Cup was the first senior trophy of Kudus’ career, and it will likely not be the last. Ghanaian supporters have high hopes for the 20-year-old, with former professionals believing that he can become the next Abedi Pele. Emmanuel Agyemang Badu, who formerly played for Udinese, believes that the versatile Ajax playmaker could go down as “one of the greatest players from Ghana”. While steering clear of further injuries will be of utmost importance to Kudus fulfilling his potential, he's on the right path at the Johan Cruyff Arena.

There are no guarantees that he is the next Pele, but his performances in Holland showcase that he can surpass the 56-year-old's domestic and international records. Aside from following Kudus’ progress on the international stage, local fans can now track the prospect’s development in the Eredivisie.

Nowadays, Ghanaian football fans can, according to BetFromAfrica.com bet on various markets at well-established operators, like bet365 in Ghana. The platform offers a live streaming service, enabling bettors to watch selected matches from Europe’s top leagues, including Ajax’s fixtures in the Eredivisie. Not only that, but in-play opportunities are also available, allowing local fans to immerse themselves in football’s real-time thrills.

Consistency is Key for Kudus


If Kudus is to become a regular starter in a top European league, he must develop from an ability and fitness standpoint. Top-flight football is ruthless, and it will leave you behind if you can’t match the physical requirements. However, the 20-year-old has a chance to reach Pele-like levels of stardom if he continues to grow under Ten Hag at Ajax.