Mona Gucci reveals 'damming secrete' between her and A Plus 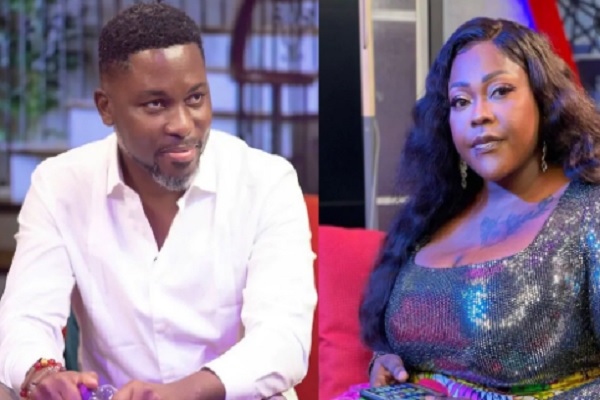 A Plus and Mona Gucci

TV host, Monalisa Abigail Semeha aka Mona Gucci has opened up to the public concerning a secrete A Plus once told her about Afia Schwarzenegger.

According to her, "A Plus told me Afia Schwarzenegger is bipolar".

It will be recalled that the two haven’t been drinking from the peace cup as they have been captured on social media on numerous occasions exposing each other to the public.

In a new development, they have once again sparked their longstanding fight and this is because Afia was seen once again verbally assaulting Mona.

Afia's insults were in reaction to Mona Gucci's claims that Queen Elizabeth II called to inform her after her husband passed away at home in Windsor Castle.

But Mona Gucci in a sharp rebuttal also alleged that A-Plus once informed her that Afia Schwarzenegger is suffering from bipolar disorder.

According to Mona, A-Plus in a phone conversation said Afia battles with depression, and anytime her condition deteriorates, she attacks others.