MPs should focus on task ahead - Mr Walker 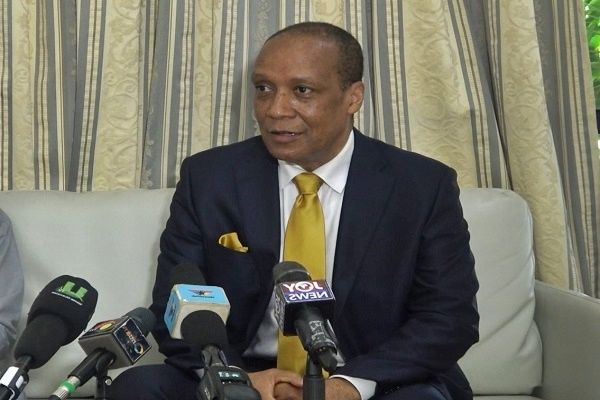 Mr. Alfred Kwame Aseidu Walker, Election 2020 Independent Presidential Candidate has called on the Members of Parliament (MPs) to focus on national developmental issues instead of fighting over who forms majority or minority side in parliament.

He wondered why the MPs from both the National Democratic Congress (NDC) and New Patriotic Party (NPP) were hustling as to who holds the majority seats in parliament.

In an interview with the Ghana News Agency about recent developments especially on January 6 on the selection of the new Speaker, Mr Walker said: “Government is about negotiations, is about moving the development of this country in cohesive manner”.

Mr Walker described the Speaker of Parliament coming from the NDC as the right order; “Well we hope this is the right direction but politicians must avoid the type of politics they play, which is behind the scene deals. Corrupt practices must stop.

“I hope and pray that since the parliament is in the hand of the opposition, it will be beneficial to Ghanaians to check corruption, to check good contracts that are necessary,” he said.
Mr Walker said “as much as we are all cheering, I will withhold my comments until they prove to Ghanaians that they are actually there to do a right thing for the country”.

Commenting on the issues of Military entering the floor of Parliament during the proceedings; Mr Walker strangely described it as right, stressing “the Military were doing their work.

“I agreed that the military and the police were right after all MPs are the law makers and they must follow the law, they are not above the laws.

“The military and the police are there to serve, to protect the integrity and the sovereign right in this country. The military have the right to enter Parliament, if they see chaos. I see it to be the right thing nobody should task them.

“This is why we are using the tax payer’s money to pay them. For them to protect the people of Ghana,” He noted.