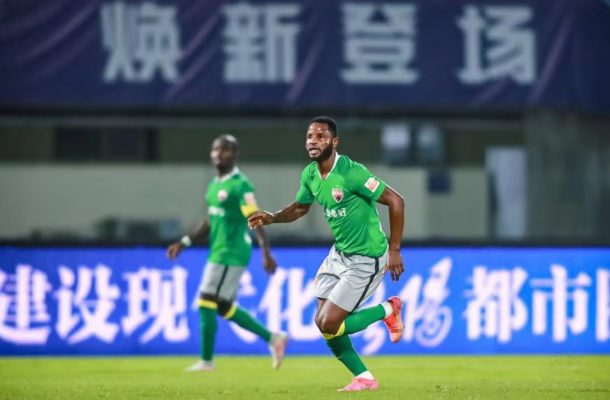 Black Stars midfielder Mubarak Wakaso made his debut for his new side Shenzhen FC in the Chinese Super League.

The player who joined his new side recently after his former side Jiangsu Sunning became insolvent was delighted to have made his debut on wednesday afternoon.

Shenzhen defeated Henan Jianye by 2-1 at the the Zhengzhou Hanghai Stadium in an entertaining fixture.

Shenzhen FC won after a late strike from Brazilian striker Alan Kardec to hand his side all three points.

Mubarak Wakaso was introduced into the game in the 76th minute and got his customary yellow card in the 83rd minute of the game.

After making his debut an excited Mubarak Wakaso shared his joy with a tweet.

”Special day with a amazing start Debut and first important +3 points. ALLAH is the reason #ramadankareem#day8”